ABOVE THE LAW!
(Or how a “Clark County District Court Judge Family Division Sleeps on the Bench to Dream up his own Rules”) 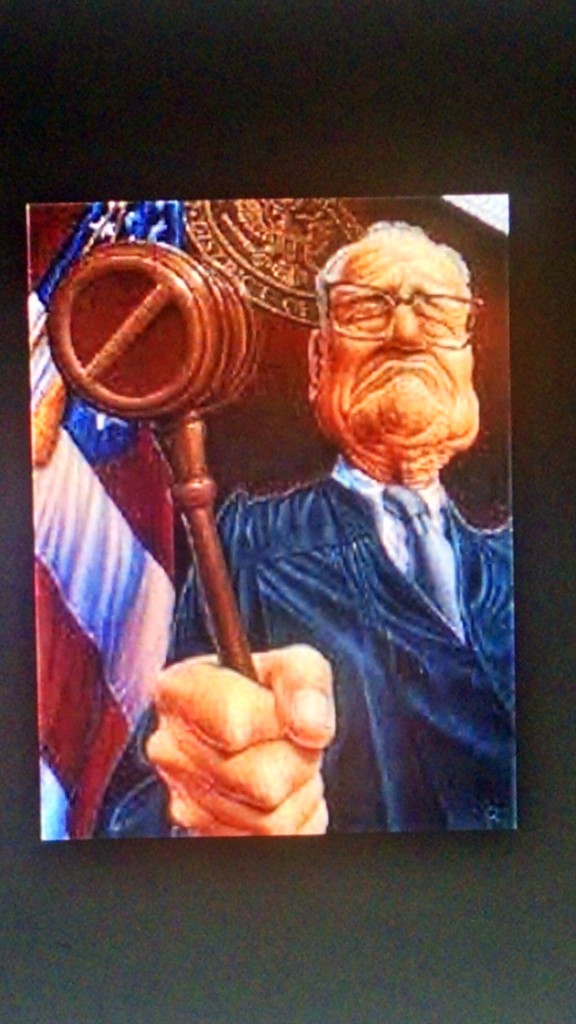 Despite a clear history of running away (mother ran off to Japan to give birth, excluding father), Ochoa, not only ignored father’s evidence mainly by sleeping through the testimony.
When this judge WAS awake in the case, broke these laws:

– NRS 125.480 states the requesting parent must present a good faith reason for the move.

– 107 Nev. at 382-83, 812 P.2d at 1271 A court cannot adequately evaluate the child’s best interest in the custody determination without considering the circumstances of the relocation request.

– NRS 125.480 Best interests of child; preferences; presumptions when court determines parent or person seeking custody is perpetrator of domestic violence or has committed act of abduction against child or any other child.

Despite the law, Ochoa actually REWARDED the abducting mother with permission to relocate, child support, and primary custody.

According to Reese: “Ochoa contradicted himself in many ways. Not only that, he can be seen falling asleep on the bench numerous times during our evidentiary hearing. This is something I heard about several times and is apart of Ochoa’s reputation. Also his opponent Jason Stoffel was confronted for by Vincent Ochoa himself at a bar for saying the same thing. Judge Ochoa has admitted to discriminating against fathers and also has a son who committed domestic violence and heroin use that he had covered up by Metro. This is a very corrupt politician to say the least.”

The matter is under appeal.

Another case in the long list of cases that justify the removal of Ochoa, and thanks to Steve Sanson at Veterans In Politics, according to Reese: “I was able to share my story on the radio and now with those who may be reading this, and want to move to disqualify Judge Ochoa because of the obvious disregard for the law he displays in his own courtroom.”

We hear you, Reese. You’re not the only one, and we will pass on your email address as requested if anyone out there has any suggestions or is moved by to story to help you, or get rid of this pathetic judge:

Because no one should be punished for following the law and doing the right thing.

This Show will be archived tonight or listen to the rebroadcast tomorrow thru Friday at 8am on VegasAllNetRadio.com:

Las Vegas, Nevada: Listen to the Interviews of: