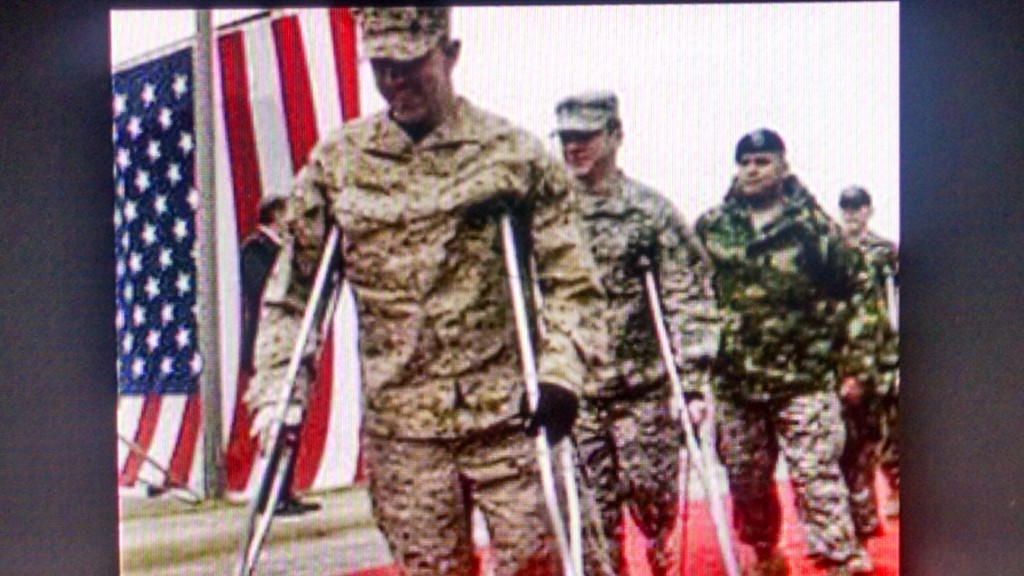 Carson City, Nevada (VIPI) Veterans In Politics International testified on a bill that would stop Nevada Family Court Judges from taking “Service Connected Disability Benefits” and award it as Alimony to able-bodied spouses in the 2013 Legislative Session…
Jim Wheeler Army Veteran and Nevada State Assemblyman sponsored this bill to stop the taking of these benefits.

This bill was stopped in committee and unable to make it to the Assembly Floor, obviously by those who never shot at or were wounded by serving their country.

On March 5th 2015 this bill was heard in the Nevada Assembly Judiciary committee and VIPI was there to testify again. The comments by some of the legislators were disheartening, for example:

“What about the spouse that packed up to move with the veteran and gave up their career”?

It was the spouse’s CHOICE to do that.

The veteran had NO CHOICE about being injured.

One of the legislators wanted examples of veterans with these benefits, which many veterans do not want to share. They may be embarrassed to reveal their disabilities.

It is important to note that there is corruption within administration, assessors are given bonuses to find any reason to deny benefits for Veterans.

One who came forward was Steve Sanson, President of Veterans In Politics International, and his story:

Sanson first started to complain to his civilian doctor in 1993 about migraines and chronic fatigue. A dozen doctors could not figure out why a healthy person that never had these aliments all of sudden woke up one day with them.

Then in 2003 a doctor suggested that Sanson go to the VA and file a complaint for Gulf War Syndrome at that time nobody really knew what that was. The VA told Sanson that he needed a letter from his civilian doctor. The VA never tried to figure out what Sanson had in regards to Gulf War Syndrome (caused by a serious of things: nerve agents, burning oil wells, Scud missiles, sand storms) Sanson had to figure it out for himself.

After dozens of doctors and years later Sanson’s symptoms worsened and his migraines were so intense that at times he wanted to hit his head against the wall just to knock himself out.

The chronic fatigue kept Sanson in bed for many hours that his motivation level was in the negative and at times Sanson would fall asleep at meetings, behind the wheel of an automobile, and in his office; making his productivity drop.

In 2011 Sanson finally found a doctor that was willing to write a letter to the VA explaining that the cause of Sanson aliments fall on the doorsteps of the US military.

In 2013 Sanson finally started to receive his long awaited “Service Connected Disability Benefits”. Sanson had a disability rating of 80% and the funding was backdated to 2011. Sanson filed an appeal in 2014 to become 100% disabled and to backdate the funding to 2003 when he first applied for VA benefits and the VA did nothing to find out what was wrong with him.

However, during Operation Desert Shield/Storm, Sanson received shots and pills to prevent and attack against nerve and blister agents. These medications were never tested prior to receiving it. One of Sanson’s VA doctors indicated that Sanson was exposed to radiation, possibly from the Scud missiles or the burning oil fields.

Sanson received the results of the appeal last week, not only is the VA “not” going to backdate Sanson claim to 2003 they are going to reduce his disability rating from 80% to 70%, costing Sanson a couple hundred dollars per month.

This is the result of the appeal…and the VA officials will get their bonuses.

This is just one story out of many. The reason for this example to point out that at times Veterans have to fight for getting and or keeping benefits from the injuries they have sustained.

The money that is for the pain and suffering of a veteran will not be reduced when a part of it is awarded to a spouse in Family Court. The veteran is still left with the pain and suffering and adding insult to injury by awarding these sums to a former spouse is disheartening.
Another statement that was made by a legislator is the fact that these monies are for the family.

That statement is false on so many levels these monies are for the injured veteran.

In addition, when you divorce someone it’s similar to a death; they are no longer family.

The only opposition to this bill is a Family Attorney name Marshall Willick who makes his money off injured veterans with disabilities.
Willick has a strong resume in the legal profession, but there is a very vital piece of his resume that’s missing. Willick NEVER served in our US Military and has absolutely no clue what it’s like to put his life on the line for this country.

We have no respect for people like this and even less for the ones that testify by satellite.

This time Willick decided to bring another lawyer to help him rob our injured veterans and this person had a long resume of her family members being in the military, but again she NEVER served. It’s nice to talk about how your family members served, but our question is: What about you? Living through a family members service is NOT your own.

Let me remind you that a service members disability benefits are exempt from the IRS. These benefits cannot be seized, garnished, levied, or claimed in any bankruptcy proceedings.

If our federal government can recognize these benefits with so much respect, protection and consideration then why can’t our legislators recognize the same- state to state?!!!

Let me remind you on a second point. When a civilian is injured and receive a judgment settlement for compensation it’s their own separate property. Why is it different for a US Veteran?

Keep in mind this is not a gender issue; there are many woman in the military that receive these disabilities as well and they are mothers.
What’s crazy is that a lot of legislators give you the impression that they are for our military veterans just to get our votes. However behind closed doors they are snakes wanting to help everybody else except our military veterans and the only people that are in opposition against this bill either never served in our military or do not have service connected disabilities.

Call up your legislators and let them know a vote against a veteran is several thousand votes against them! Support Assembly Bill 140.
Nevada Assembly Judiciary

Established in 1993: Veterans In Politics International, Inc. Mission is: To educate, organize, and awaken our veterans and their families to select, support and intelligently vote for those candidates whom would help create a better world, to protect ourselves from our own government(s) in a culture of corruption, and to be the political voice for those in other groups who do not have one.

Pledge Your Support:No endorsement made for Henderson City Council Ward 1