Nevada Assemblyman EDWARDS: “Vote for me today and I promise to take action in two years!”

You are here: Home / News / Nevada Assemblyman EDWARDS: “Vote for me today and I promise to take action in two years!”

Nevada Assemblyman EDWARDS: “Vote for me today and I promise to take action in two years!” 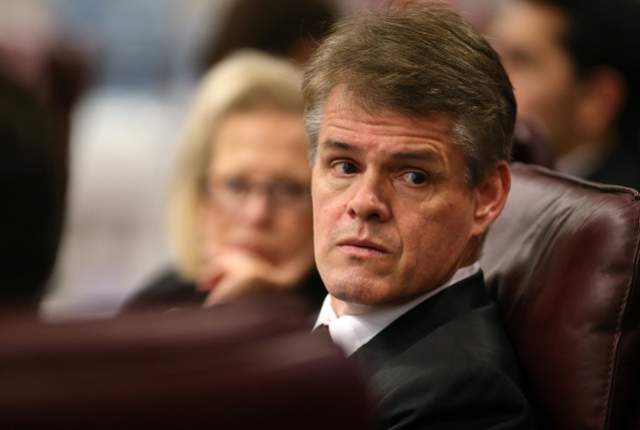 With less than a month to go in the Nevada 2015 legislative session, Veterans In Politics International is deeply concerned about the apparent lack of progress on real issues facing our veterans here in Nevada. Assemblyman Chris Edwards has proposed the creation of a committee to study veterans’ issues for the next two years in AB241.

Frankly, VIPI had high hopes for Assemblyman Edwards making real changes to the system since he himself is a military veteran. We encourage Assemblyman Edwards to reach out and work with us now and not force the 300,000 Veterans who call Nevada their home to wait another 2 years.

Sanson encouraged Nevada Veterans to call Chris Edwards at 775-684-8857 or Chris.Edwards@asm.state.nv.us and demand action now for homeless veterans in need today who cannot wait two years for a study to be completed.

The Nevada State Assembly passed a resolution showing their support for those who served in the War on Terrorism, but those words are worthless, hollow, and meaningless without real action now.

Media outlets report stories everyday about homeless veterans in need. It is time for Assemblyman Chris Edwards and the rest of the Nevada State Legislature to act now and not in two years.

LEARN WHY WARFIGHTERS ARE BEING KILLED, WHO IS RESPONSIBLE AND HOW TO STOP IT. If you truly care who is responsible for killing veteran Warfighters; this is a video you will share and talk about.

Click onto the link below on Boone Cutler The Warfighter Prospective:

Veterans targeted by the Justice System”Veterans In Politics International and the Ron Q. Foundation will sponsor Real MMA Fighter on June 19th