You are here: Home / News / “Is Clark County Family Court a Kangaroo Court?” 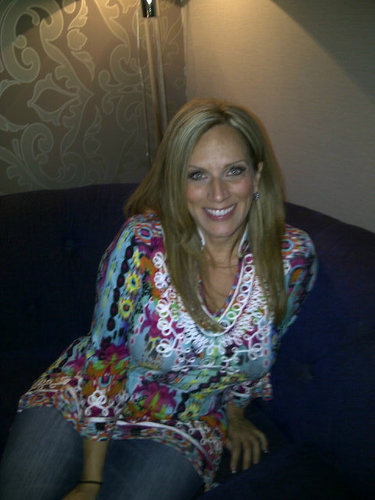 When a Judge is biased and does the following:

1. Isolate a child from a parent when there is no danger to the child.
2. Not responsive in a timely manner.
3. Has no legal authority in most of these rulings.
4. Violates the 2nd Amendment.
5. Legislates from the Bench or have some hidden agenda.
6. Has an order from the Clark County District Attorney’s Office to reconsider their ruling.
These are just some examples of what would be considered a “Kangaroo Court.”

We will explain why we feel that Judge Gentile operates a “Kangaroo Court.” Keep in mind our organization contributed a lot of resources to get this Judge elected to the bench.

This is the case of Olga Ciesielski who was a victim of Domestic Violence in November 2012 when she was pushed, kicked in the stomach, head slammed to the ground, exit blocked, cellular phone taken away and strangled. All of this was reported and ignored. Instead, Mrs. Ciesielski was arrested when she picked up a scissors and her ex-husband was injured in attempt to protect herself.

As a footnote, there is NO CPS (Child Protective Service) investigation on this mother at all. If CPS doesn’t believe the child is in any immediate or present danger, why should a judge believe more restrictive measures are necessary to prevent a natural and healthy parent-child relationship?
In a Court Order that is now enforced by Judge Gentile, it states some of the following:

IT IS FURTHER ORDERED: that these stages are NOT MODIFIABLE in any upward fashion prior to the successful completion of each previous stage and expiration of the 18 months stated herein:

Always modifiable on the best interest standard NRS 125.510 (b) At any time modify or vacate its order, even if the divorce was obtained by default without an appearance in the action by one of the parties.

(c) Father’s designee, which may be his lawyer, social worker or some other designee, will have the right to inspect any home in which Olga resides or any place where the minor child is going to be with the Mother.

The Court has No Legal Authority. There is no abuse nor neglect of the minor child.

(d) Mother shall not consume any alcohol, use any illegal substance, nor abuse any legal substances, including taking prescribed medications except as directed by licensed physician.

The Court has No Legal Authority. There is no DUI. There is no public intoxication. There is no abuse of alcohol or drugs on record including arrests or intervention. Does this mean a responsible parent can never drink alcohol even when she is not with the minor child? Why would this order be relevant or even appropriate? Why can’t a parent enjoy a glass of wine with dinner?

(e) Mother is subject to random drug testing at Fathers request. Anytime a request is made by 10:00am local time, Mother is obligated to get to the Synergy Drug Testing Laboratory Facility prior to their closing day. If she fails to attend or fails to test, or fails to pay for said test, prior to their closing that day, the test will be presumed positive. Father and his attorneys will be provided with and given unrestricted access to any and all drug testing the Mother undergoes. Mother will sign any and all releases to facilitate the Father and his attorneys receiving the information. Father is entitled to demand Mother take drug test at her expense up to one time per month.

The Court has No Legal Authority: The only Legal Authority that can be given is in a Civil Case plus this is a violation of HIPAA Laws. How is this not a tool of harassment since the Father could request drug testing several times a month? What legal basis is there for these tests when most tests would clearly be requested out of spite?

Can Mother go to the restroom without the child? Doesn’t this basically imply that Mother is incapable or unwilling to select a suitable 3rd Party caregiver? Where does the madness end with these unreasonable restrictions?

The Court has No Legal Authority: Every parent has a Fundamental Right to be a parent according to the U.S. Supreme Court. Parents’ Rights Are Fundamental as stated in Troxel v. Granville. The Fourteenth Amendment provides that no State shall “deprive any person of life, liberty, or property, without due process of law.”

(k) Mother is Not to possess any weapons

The Court has No Legal Authority: Mother has No Felony convictions. This is a violation of the 2nd Amendment the right of the people to keep and bear arms shall not be infringed. Additionally, what is a weapon? This is too vague, overbroad, and ambiguous. How is Mother supposed to cut a steak with a butter knife in her own residence? Is a butter knife a weapon? Is a fork a weapon too? Where does one draw the line here? This is an unreasonable restriction when there is no harm or threat of harm to any child here.

(l) Mother is not to associate with anyone with a Felony conviction.

The Court has No Legal Authority: Why does the Court believe that they should tell a person who they can or cannot associate themselves with? Should Mother run a SCOPE background investigation on everybody she meets? What if the Mother doesn’t ask or doesn’t know about someone’s felony conviction? What if the felony is a non-violent offense? Again, where does the line get drawn?

IT IS FURTHER ORDERED: that neither party shall allow the minor child to call any third parties “Mom” or “Dad” any other derivation of those terms and both parties shall respect the other parent’s role and right to those titles.

The Court has No Legal Authority: Does this include step parents? Isn’t this micro managing parents’ rights? Why does this Court believe they should be the “word police” when dealing with parents and how they communicate with their children? Isn’t this a form of mental telepathy? How in the world is a parent supposed to look into their magic crystal ball and prevent a child from speaking a word or phrase before it is spoken? This is an unenforceable clause that is all bark and no bite. Mom will always be Mom and Dad will always be Dad.

Where is justice in this case?

Is the fact that Judge Gentile rented a room from opposing counsel might contribute to the bias in this one sided court case or maybe it’s her close relationship with opposing counsel contributed in her being intimidated and letting him run her courtroom regarding this case?

Why has this Mother been kept from her 3 year old son and how is this in the child’s best interest? 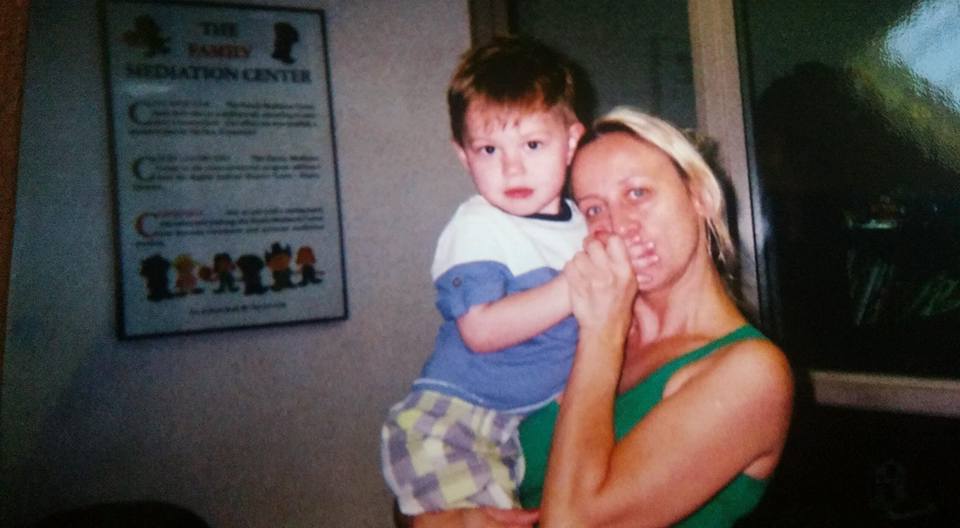 Mother only saw her son for 16 hours in 2013, 6 hours in 2014, and 6 hours in 2015. How is having visitation of one’s child deemed significant, frequent, continuous, and meaningful as clearly spelled out in the Rivero II case when visitation is calculated in this case in terms of hours per year versus regularly contact per week? See Rivero v. Rivero, 216 P.3d 213 (Nev. 2009).

You would think that Judge Gentile would modify these court orders instead of enforcing them or maybe it’s because Judge Gentile does not have children of her own?

How is the right to be a parent under the Substantive Due Process clause of the United States Constitution ignored by Judge Gentile in Department F of the Family Court here in Clark County?

Is she above the law like Family Court Judge Vincent Ochoa or Judge Mathew Harter?

The Clark County District Attorney’s Office filed a Motion For Reconsideration Of Order to Judge Gentile indicating that there is no reports of abuse or neglect of a child and without any authority to order such a home inspection. This was filed stamped July 31, 2015 by the Clerk of the Court. The Judge has No Legal Authority. 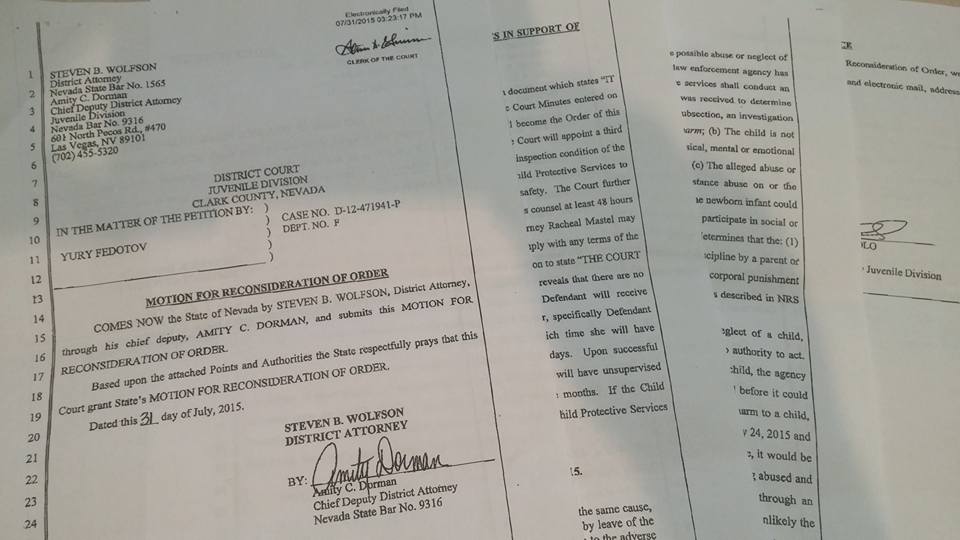 On her campaign site in 2014 it stated that she has over 20 years of Family Law experience, must not mean much if one does not put that experience to good use following the law.

Judge Gentile needs to do the job she was elected to do. She is no better than the incumbent judge she knocked out of Department F in the November 2014 election. This may be a classic example of “devil you know versus the devil you don’t know.” It will be a long time until 2020 when Judge Gentile will be up for re-election.

We at Veterans In Politics International want to inform the public regarding actions of our elected officials so that the public is better informed during election season and can make the appropriate informed vote.

In other News Regarding Clark County Family Court Judges (click onto links below): 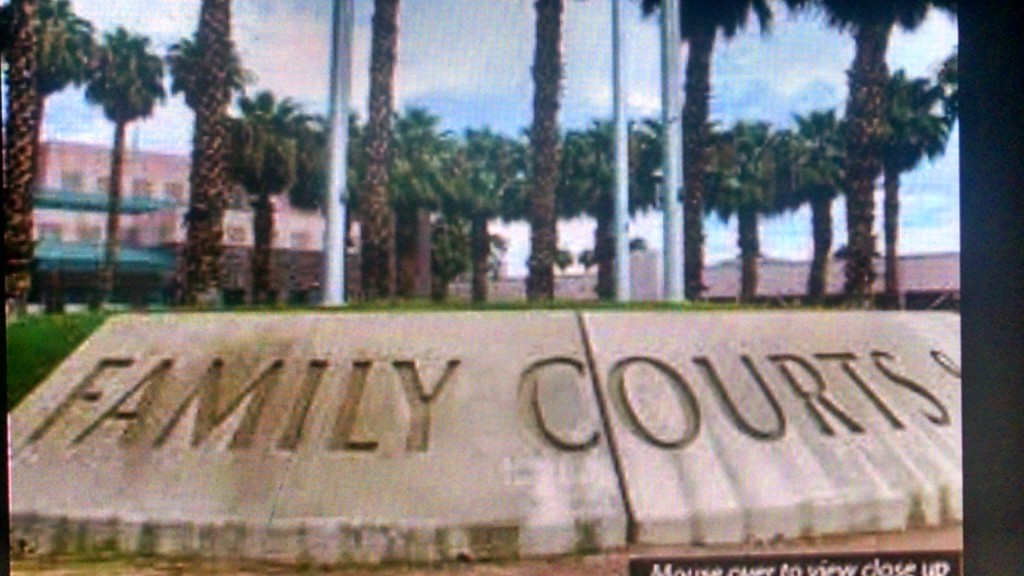 Family Court Judge uses Judicial Influence to keep his son from being ARRESTED!

Too many cooks in the kitchen? “Judge Harter should run his own Courtroom without outside help”