“Judges’ Association Sides with Ramsey – Says that Judge Johnson Got it Wrong. There Should Be No Recall!”

You are here: Home / News / “Judges’ Association Sides with Ramsey – Says that Judge Johnson Got it Wrong. There Should Be No Recall!”

“Judges’ Association Sides with Ramsey – Says that Judge Johnson Got it Wrong. There Should Be No Recall!” 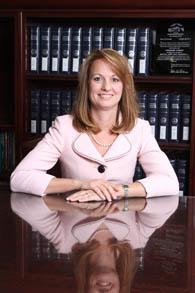 This is so even given the inexplicable lack of media reporting on this important development.

In a move that surprisingly received scant media attention, the Nevada Judges of Limited Jurisdiction (“NJLJ”), an association of Justice and Municipal Court judges from throughout Nevada, recently filed an “amicus curiae” brief in support of Judge Ramsey’s efforts to stop the recall.

“Amicus curiae” is Latin for “friend of the court.” Third parties such as the NJLJ, which are not litigants in a case but who have an interest in the outcome of an issue to be decided by the court, may file briefs as a friend of the court to let the court know how its decision will affect that entity and to ask the court to decide the issue in a particular way.

The NJLJ wrote that it was filing the brief because it “believes the present case will have a serious impact on judges and on the sound administration of justice throughout Nevada, including judges in limited jurisdiction courts.” This is a case of first impression in Nevada – the courts have never previously decided these important issues.

The City of North Las Vegas tried to block the NJLJ from filing its brief, but the Supreme Court denied the City’s motion to block it and allowed the NJLJ to be heard.

As previously reported, in March 2015 the City of North Las Vegas, now acting through a semi-anonymous private group who call themselves “Remove Ramsey Now,” initiated recall efforts against Judge Ramsey. Elected in 2011, Ramsey is the first (and so far only) woman to ever be elected to the municipal court of North Las Vegas. If the city has its way, however, she will also be the only judge in Nevada’s history to ever be recalled.

Ramsey filed a lawsuit in District Court in June 2015 seeking an emergency injunction to stop the recall efforts. The crux of her argument was that a while a 1912 provision in Nevada’s Constitution originally allowed judges to be recalled, a 1976 constitutional amendment that created the Commission on Judicial Discipline superseded that old recall law and no longer allowed judicial recalls by the general public. The Commission is part of the judicial branch of government that has the statutory power to remove a judge from office, suspend a judge without pay, put a judge on probation with conditions that the judge would have to meet to get off probation, publicly admonish, reprimand or censure a judge, require a judge to get additional training, require a judge to issue a public apology, and impose a host of other remedial actions. It is widely considered to be a more efficient method of remedying judicial problems rather than exposing judges to expensive, public and protracted recalls. This is particularly true since judges would have to raise substantial money to fight a recall while being severely limited by statute in what they can say publicly to defend themselves.

Additionally, NRS 1.440(1) expressly states that “the Commission has the exclusive jurisdiction over public censure, removal, involuntary retirement and other discipline of judges…” and expressly states that this is “in addition to the provision of Article 7 for impeachment.” The statute does not expressly say, however, that it is replacing the recall laws. Instead, it is silent on this issue.

There is a well-established legal principle that “if provisions of the Constitution are inconsistent with each other, the provision adopted later is controlling.” So Ramsey argued that since both the 1912 recall and the 1976 Commission provisions deal with the removal of judges, the new Commission provision should superseded and replace the old recall law.

Clark County District Court Judge Louis “Eric” Johnson, however, having no civil law or judging experience before taking the bench only appointed 6 months ago, disagreed. While he has the right to disagree, his reasoning was chilling – in his view, the 1976 Commission amendment and the old 1912 recall provisions were not actually in conflict and judges should be subject to recall for no reason whatsoever!

Johnson stated that the 1976 amendment allows the Disciplinary Commission to take action when a judge commits wrongdoing or becomes disabled. By contrast, the 1912 recall laws allow the public to remove a judge for any reason whatsoever, even reasons unrelated to their job performances. Therefore, reasoned Johnson, the statutes can “co-exist” and are not in conflict, because the recall laws are just broader than the laws of the Disciplinary Commission. Judge Johnson’s decision is not logical. His very argument necessarily means that there is at least some overlap or conflict between the two laws since being able to recall a judge for “wrongdoing” is a logical subset of being able to recall a judge for any reason. Notwithstanding this, however, Johnson concludes that the formation of the Commission does not replace the old recall laws and the public can go ahead and recall Ramsey, or any judge, for any reason.

Johnson also ignores that Ramsey is indeed being recalled for alleged wrongdoing, which even by his own logic would put her squarely within the exclusive jurisdiction of the Nevada Disciplinary Commission.

Johnson stated that he wasn’t at all troubled by the potential abuse that could result from his decision to permit judges to be removed for any reason, because “Nevada citizens have not [previously] abused this privilege and this State’s history demonstrates they appreciate the significance of this responsibility.”

In other words, “it hasn’t happened yet, so don’t worry about it.”

With this reasoning, however, why not just do away with all constitutional safeguards and simply trust that our elected officials and public majority will not abuse their powers?

Does it matter to Johnson that the City of North Las Vegas, a driving force behind Judge Ramsey’s recall, is being investigated for numerous ethical violations? Moreover, if abuses do occur now that Johnson has given the public “carte blanche” to recall judges for no reason, how many distracting, costly and potentially abusive midterm recalls would it take for Johnson to decide that his ruling was probably wrong?

Abuses have in fact occurred in the few other states that allow a judge to be recalled. For example, in Iowa, three Supreme Court justices were recalled and removed from office by voters as a result of an unpopular decision that legalized same-sex marriage. Professor Chemerinsky, our nation’s leading constitutional scholar and the Dean of UC Irvine’s School of Law stated: “What is so disturbing about this is that it really might cause judges in the future to be less willing to protect minorities out of fear that they might be voted out of office…”

Not surprisingly, the NJLJ squarely believes that Johnson got it wrong. He blew it in both interpreting the constitutional amendment that created the Disciplinary Commission, and also in failing to consider the vital public policies that underlie our very democracy – the separation of powers and the safeguarding of an independent judiciary that is free to make the right, even if unpopular, decisions based on constitutional and statutory considerations without the fear of losing their jobs for no reason other than doing their fundamental jobs.

The NJLJ bases its key argument on the most basic principle of democracy – the separation of powers – our three branches of our government are supposed to be separate but equal. Johnson’s ruling would allow members of the judicial branch to be removed 3 ways — via the Commission, impeachment and recall, while members of the other two branches of government would only be removable 2 ways – via recall and impeachment. The NJLJ notes that judges are already subject to removal at the end of their terms by the voters in a re-election campaign, and do not need more ways to be removed: “These three methods (Commission, impeachment and re-election) provide more than enough survival pressure on judges. An additional method of midterm removal from office, namely, a recall election, provides another unnecessary and unwarranted layer of pressure on judges, which will erode judicial independence.”

Second, in determining whether there is a conflict between the old recall laws and the new Judicial Commission laws, the NJLJ states “we respectfully contend that if the Constitution’s 1976 amendment creating the Commission had intended the new Commission’s removal power to be ‘in addition to the provisions of Article 2 for recall and Article 7 for impeachment,’ the Constitution’s language . . . could have easily and clearly said so. But it did not. Instead, the Constitution’s amendment . . . only provided that the Commission’s power to remove a judge would be in ‘in addition to the provision of Article 7 for impeachment.”

While some may claim that the NJLJ is biased since it is comprised of judges who have a vested interest in not falling prey to recalls, it is nonetheless powerful that so many of our Nevada judges are coming out in favor of Ramsey’s position.

Our judges are sworn to uphold the U.S. and Nevada Constitutions; we have entrusted them with our lives, liberty, property, indeed our very way of life. They are the final backstop to protecting our most basic civil rights against public and governmental tyranny. Their opinion on this key constitutional issue is worthy of the utmost consideration, and should be brought to the attention of every person who cares about Nevada’s future.

This is so even given the inexplicable lack of media reporting on this important development.

Matthew Nelson has been selected to be the second Co-Host for the Veterans In Politics Talk Show.“MORE Ethics Violations in North Las Vegas”