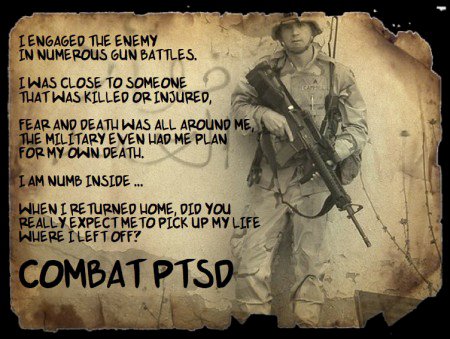 Well, on June 24, 2015, the D.A.’s office asked the Nevada Supreme Court to find that Municipal and Justice Courts have no legal authority to operate a Veteran’s Court!

According to Clark County District Attorney Wolfson’s office, NRS 176A.280 and 176A.285 obligate Justice and Municipal Courts to refer defendants who are eligible for Veterans Court to the District Court for possible assignment and participation in the program. While the D.A. admits that “these specialty courts . . . [have] proven successful in addressing the root causes of criminality in many instances and preventing recidivism,” it argues that “only a District Court can exercise the authority of this statutorily created Veteran’s Court program….” According to the D.A., “the Justice Court’s authority is limited to transferring . . . jurisdiction of a case to district court for participation in the Veteran’s Court.”

“What??” This obviously raises questions.

What’s the status of the D.A.’s petition to the Supreme Court now?

Where do we go from here to make sure our veterans get the help they deserve without having to endure unnecessary delays by having to get referred to the District Court in order to participate in Veteran’s Court?

Here are some answers:

The key concern for the prosecutor was that if Merzanis was sent to DUI court, he would have still had to serve a mandatory minimum sentence and could not have had his record sealed after completing the treatment program. By contrast, if Merzanis was sent to Veteran’s Court, he could have his sentence dismissed after completing the Veteran’s Court treatment program, and then could have his case sealed.

The D.A.’s office, through Steven Owens, the Chief Deputy D.A., appealed to the Nevada Supreme Court asking it to find that all eligible DUIs have to go to DUI Court, not Veteran’s Court, and that in any event, there is no such thing as a justice court’s Veteran’s Court!

In other words, Merzanis “threw himself on the sword” by removing himself from the program so that the program could continue to exist for other veterans – at least until the prosecutor finds another case by which to challenge its existence.

On December 30, 2015, the prosecutor filed a brief agreeing that the case was now “moot” and should be dismissed. He stated that “as a result of the State’s [appeal], all DUI offenders in the justice court veteran’s court program have withdrawn and no DUI offenders have sought entry into the program during the last six months.” The prosecutor went on to state that the D.A.’s office “does not [otherwise] oppose the Justice Court’s creating of its own non-statutory veteran’s court program for the purpose of monitoring and supervising an offender’s sentencing requirements.”

The Supreme Court has not yet dismissed the case.

What happens next time the D.A. doesn’t like the way the municipal or justice courts administer their Veteran’s Court? Even though the D.A. now states that it has no objection to the program, its opening brief to the Supreme Court, indeed the very first paragraph of the brief, challenged the program’s very existence — “This proceeding is appropriately retained by the Supreme Court . . . because it raises as a principal issue a question of statewide public importance, namely the authority of the justice courts to implement veterans court programs.”

What would stop the D.A. from threatening the entire municipal or justice court Veteran’s Court program again whenever it disagrees with whether a particular defendant should enter the program? Surely, the existence of the municipal and justice court program cannot be held hostage to the whims or threats of the prosecutor.

The silver lining of the prosecutor’s appeal is that it highlighted a need for statutory amendments to Nevada’s laws.

But what about the issue of whether misdemeanor DUIs committed by veterans ought to be referred to a justice court’s Veteran’s Court or whether they have to be referred to DUI Court? Here we should consider an all too common consequence of war – that veterans habitually self-medicate with alcohol or drugs to cope with the horrors they witnessed and participated in to defend our country. Veterans, who have intentionally put themselves in harm’s way to protect our way of life, often struggle to cope with what they had to do. We must recognize what the medical profession already knows — self-medication is very often an unintended consequence of military service.

Perhaps then, a comprehensive statutory solution can indeed include allowing veterans to be eligible for Veterans Court for misdemeanor DUIs (i.e., DUIs that do not involve death or substantial bodily harm, and that have not been “enhanced” to the level of a felony due to three or more DUIs in a 7 year period). We should find a way to balance the clear societal dangers of DUI with the special needs of our veterans who intentionally put their lives on the line to protect our country. One solution may be to allow veterans charged with misdemeanor DUI to be eligible for Veterans Court if it is their first DUI offense or their only DUI offense in a five or seven year period. Surely there are other possible solutions as well.

In any event, one thing’s clear – the statutory scheme permitting our municipal and justice courts to administer a Veteran’s Court program should be clarified to prevent further threats to their existence. The programs exist, they are successful, and they must be safe-guarded.

Tomorrow is the Veterans In Politics Valentine’s Day Ball & Gala and today we would like to thank the following “Nevada Patriots” for donating one or more dinners to our military veterans:United States Attorney Eric Johnson investigated in strip club case