You are here: Home / News / Marine Challenges Two LVMPD cops to a MMA match-up at the same time! 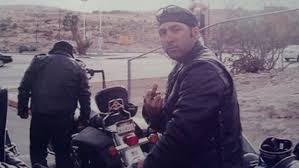 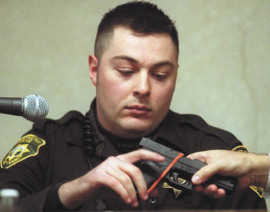 There have been dozens of shootings of unarmed citizens across the country some of them nobody knows about and others have gained national attention.

In Clark County Nevada there were three recent controversial shootings. The first shooting was the death of Army Veteran Erik Scott who was gunned down in broad daylight in front of a Summerlin Costco. Scott was armed with a legal concealed weapon and was given several different commands from officers that cost him his life. During the investigation it was determined that the exterior video was missing. In a coroner’s inquest it was determined that the shooting was justified and the Scott’s family civil judgement for wrongful death was later dismissed. Since then one of the three officers that did the shooting was later brought up on felony charges for an unrelated crime.

The second shooting was the death of 21 year old Trevon Cole a UNLV Line Backer and a low level marijuana dealer. Former Detective Bryan Yant falsify a search warrant by perjuring himself to a Las Vegas Justice of the Peace and initiated a search warrant while the filming of the popular television show COPs. Yant took his personal rifle and shot unarmed Cole in the head while he was dumping marijuana in a toilet. Cole was on his knees dressed in a boxer shorts and a t-shirt. Cole’s nine month pregnant fiancée was also in the apartment. Yant also perjured himself in his written statement of the incident and in a coroner inquest.

There was a wrongful death civil judgment filed that cost tax payers $1.7 million dollars; plus hundreds of thousands of dollars in investigations and legal fees. Yant was placed on permanent desk duty by then Sheriff Doug Gillespie. Since then Yant is now a member of the (LVPPA) Las Vegas Police Protective Association Executive Board. This Board is paid with tax payer’s money and only protects police officers when they use excessive force; this board is against the Nevada Constitution taking tax paying money to staff a private entity.

The third shooting was the death of unarmed Disabled Gulf War Veteran Stanley Gibson. Gibson who suffered from (PTSD) Post Traumatic Stress Disorder was pinned in his vehicle surrounded by police cruisers. Former (LVMPD) Las Vegas Metropolitan Police Officer Jesus Arevalo decided to use his personal rifle and fired seven rounds in less than 1.5 seconds taking the life of Gibson.

Then Sheriff Doug Gillespie held a news conference and said that Gibson used his vehicle as a battering ram and officers had to defend themselves. It was later discovered by an anonymous tapping of the incident that officers were at a safe distance and Gillespie made a false representation of the incident.

Apparently Arevalo was a bad apple on the police force from the time he pinned on his badge, he had a major problem with authority, homosexuality, and African Americans. Instead of the LVMPD terminating Arevalo they moved him from one sub-station to the next until Gibson’s death.

After an independent investigation by Veterans In Politics International it was discovered that Arevalo made statements to his then wife that he wanted to shoot someone just to be placed on “Paid Administrative Leave” another name for it would be an extended paid vacation.

Arevalo was on Administrative Leaves for 22 months raking in over $250,000 of tax payer’s money. Arevalo cost tax payers $1.5 million dollars in a civil judgment for wrongful death paid to the widow (Rondha Gibson) and another $500,000 in a civil judgement payable to Gibson mother; totaling $2 million, plus hundreds of thousands of dollars in legal fees and investigation.

Arevalo was the first LVMPD officers to be brought forward by the District Attorney Steve Wolfson to the Grand Jury. However, this secret board ruled that there will be no criminal indictment. Arevalo was the second LVMPD officer recommended termination in the line of shooting and the only officer terminated for his actions.

Arevalo is also receiving an annual disability of $30,000 per year for PTSD on tax payers dime for killing Stanley Gibson. In addition he was also convicted of Harassment and Disturbing the Peace by a Las Vegas Municipal Court Judge.

Sanson recently challenged Bryan Yant to a match up for charity, Yant is also a former Marine. Yant has also decided against the match-up.

Some of the proceeds would go to the Injured Police Officers Fund and the Nevada State Veterans Home.

Sanson has requested Real MMA Promotions that is owned by Brent Jones Nevada State Assemblyman to put on a match-up in December 2015 around the anniversary death of Stanley Gibson.

Sanson said “Since each of these bad cops won’t take me on in a single match-up I will take both of them on at the same time, they are quick to shoot let’s see if they can fight!”. Let’s turn these tragedies to help the living for the good cops and our military veterans.

Judge refuses to enforce court order and blames Metro!When do a Judge needs to leave the Bench?