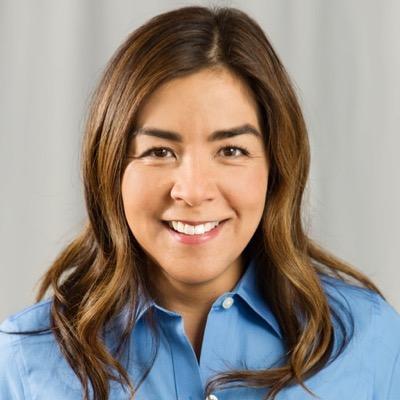 Is a “Restraining Order” nothing but a piece of paper?

Las Vegas Justice of the Peace Department 6 was vacated by Judge William Kephart when he ran a successful campaign to Clark County District Court Department 19.

The Nevada Judicial Selection Committee was overwhelmed with 18 applications for the job, but only 9 had an interview on January 14th.

The selection Committee forward the following three names Richard Scow, Amy Chelini, and Bita Khamsi the applicants to the Clark County Board of County Commissioners for a final decision.

Commissioner Lawrence Weekly echoed his criticisms on the discussions his board had on the three applicants. Weekly was upset that the board disregarded Richard Scow because of a potential nepotism because his mother Mary Beth Scow is on the Board of County Commissioners and he also took issue that Amy Chelini was overlooked because she had too many letters from high ranking Nevadans requesting that she should be appointed to the job, therefore she was too organized and well connected.

Bita Khamsi was appointed to the position of Judge to finish Judge William Kephart term on the bench and would have to be a candidate for election in 2016.

Veterans In Politics members observes Judges throughout the years by sitting in their courtrooms and watch them in action.

On April 29th the President of Veterans In Politics International was invited to observe the court procedures in a “Contempt of Court Hearing”. The case was scheduled to be heard at 2pm and we were told that the Judge had to leave the bench in 30 minutes.

There was no way a newly appointed Judge was going to have an evidentiary hearing on a contempt enforcement hearing in 30 minutes.

Upon our arrival in Judge Khamsi courtroom she looked annoyed and was very dismissive. Both litigants brought their own attorney and Judge Khamsi didn’t let either of them utter a word. Judge Khamsi indicated that the Police should have been notified and the District Attorney should have prosecuted the case. Judge Khamsi dismissed the contempt of court hearing and awarded $500 attorney’s fees to the litigant attorney that violated the court order.

How can Judge Khamsi claim civil contempt power but then refuses to use it, instead stating it’s a criminal matter for Metro? Metro would need to make an arrest on a civil document and then investigate and charge the offender. Judge Khamsi should be using her civil contempt power to incarcerate the offender so that Metro can charge them with the new criminal violation to trigger the courts power to prosecute the offender. This Judge rationale made no sense.

When considering issues of contempt, if requested, the Court is required to set an evidentiary hearing and allow the “contemnor” substantive due process including the right to confront witness and offer testimony on her behalf. Awad v. Wright, 106 Nev. 407, 794 P.2d 713 (1993). The Nevada Supreme Court has found the failure to provide an evidentiary hearing, when requested, is reversible error. Id at 412.

If contempt is found after the person answers to the charges and the Court takes evidence regarding the allegations of contempt, pursuant to NRS 22.100 (2), the penalty for contempt is as a fine of up to $500.00 per charge and/or imprisonment not to exceed twenty-five (25) days.
It’s been over two months and Judge Khamsi has not given the litigants a written order so they can move forward with an appeal.

Judge Bita Khamsi was on the Veterans In Politics Talk Show on June 27th scrawl down to our archived shows and click onto this link at 36:30min onto the show and listen to an explosive interview: Veterans In Politics: 2015-06-27 | Melanie Thomas Co-Host: Guests: Bita Khamsi Las Vegas Justice of the Peace Department 6 and Dr. Walter Hammond Retired Army Veteran to discuss how our rights are being violated under the 14 Amendment of the Constitution – See more at: http://www.vegasallnetradio.com/veterans-in-politics.html#sthash.47mqaHcw.dpuf

If a Judge refuses to enforce or listen to the evidence in support of a contempt of its own court order and penalizes you for bringing a contempt forward whose fault would it be if someone gets hurt or dead?

Recap from the Veterans In Politics Radio Show on Judge Khamsi

• Litigants have a right to be heard and attorneys have a right to put on their case. We as a society should not be punished for bringing a case and issue to a Judge only for a Judge to disregard it, and not take their position of power seriously. We as voters can do the right thing and stand up and vote such corruption out of office. That is the American thing to do since not doing your job as a politician such as a Judge is simply un-American.

• If a Judge doesn’t have time to do the case, then simply reschedule it for another time that allows the litigants to be heard. Justice is not always controlled by the sands in an hourglass but a Judge has the job of managing their docket with professionalism, not on a strict time clock when facts and circumstances that needed to be put on the record were not considered.

• Unless a Judge says otherwise, there needs to be a timely written order in which to appeal. What is the hold up? We deserve better in Department 6 of the Las Vegas Justice Court. Judge Khamsi said “I signed something a long time ago…I will check with my clerk.” Now we have a Judge that doesn’t know what she signs and admits basically to incompetence on the radio interview? Two months is too long to wait for a court order absent compelling circumstances.

• Why are we punishing litigants who bring a good faith claim regarding a contempt issue of the other Party just to have them sanctioned $500 for little reason? This is just going to discourage litigants to seek justice when the Judge just doesn’t want to do their job.

• Judge Khamsi is up for election in 2016, whereas she was only appointed to serve the duration of Judge William Kephart term since he was elected to the District Court, Department 19. With what we see right now, we ask that voters be given a choice since Judge Khamsi early on is not doing the job she was appointed to do.

• Civil contempt issues have nothing to do with the police. Why are we having a Judge on the bench that believes that Metro can do more then what they are authorized to do? Most of the time, the police will give sound advice to people which is to file a motion with the Court. It is not Metro’s job or the District Attorney’s Job to determine what is and what is not civil contempt. Metro and the DA’s office are not Judges and are not vested with the responsibility to determine what is and what is not a violation of a court order/civil contempt.

• Most family court Judges know what to do when dealing with violations of protection orders and domestic violence protection orders. However, the DA’s office is not going to get involved with civil contempt issues although they can refer the matter to the DA’s office for a new criminal charge. That is their right but why wait to hear civil contempt issues/violation of existing orders, especially dealing with domestic violence issues?

• The bottom line is this – if you don’t want to do your job and cash your government paycheck, then have the backbone to NOT run again since you are failing the citizens of Las Vegas.

• During her recent Veterans In Politics interview on June 27th 2015, when asked why Judge Khamsi ruled the way she did, her best response was “it’s very unfortunate” and “I’m sorry to hear that” and “that’s your issue with Metro.” Really? That is the best she can do or say? For someone that has been a government attorney for over 20 years based on her own admission, she should know how to do her job or at least take the matter under advisement to get a correct ruling with the appropriate legal standard. Why have a Judge at all when they won’t enforce their own orders. What message does that send to people? Is justice blind? Is there justice at all here?

• Telling the litigants to take it up with Metro and if you don’t get the right remedy to talk to a supervisor is the appropriate action, then why have a Judge, especially there are already orders in place and there are alleged violations of the orders?

• When Mr. Sanson told Judge Khamsi to meet with Metro and basically get informed about the logistics of enforcing orders, Judge Khamsi response was “I think I will.” Perhaps what she needs is a mentor on the bench that can help her do a better job but someone who has been a government attorney for over 20 years shouldn’t just ignore their job responsibilities as a new Judge. Whether a seasoned Judge or rookie Judge – you still have to do your job.

• The take away message is this: Department 6 in Las Vegas Justice Court is a toothless tiger. Why have an order if contempt won’t be enforced. The Court can have the appropriate hearing, hold someone accountable with contempt up to 25 days in jail, etc. Why be given the tools and not use them! I wouldn’t hire a plumber that doesn’t want to use a pipe wrench or plumber’s putty!

When a Judge becomes dismissive, refuses to take responsibility, refuses to apply the law, back pedal, and refuses to let the litigants speak. Then it’s time for that Judge to take on another career.