Caught on tape: “NEVADA ASSEMBLYMAN INTERVIEWS ONE WAY BUT VOTES ANOTHER!”

You are here: Home / News / Caught on tape: “NEVADA ASSEMBLYMAN INTERVIEWS ONE WAY BUT VOTES ANOTHER!” 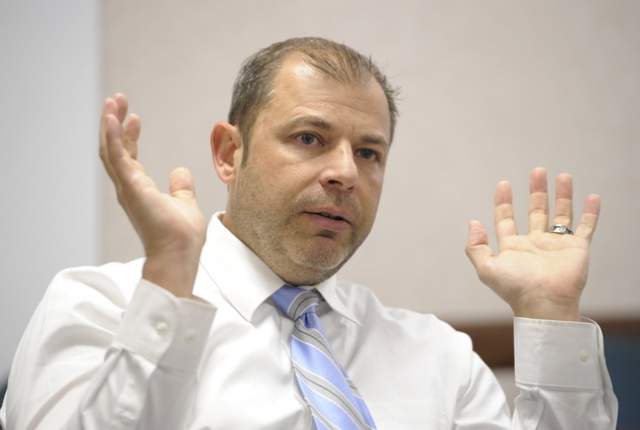 Caught on tape: “NEVADA ASSEMBLYMAN INTERVIEWS ONE WAY BUT VOTES ANOTHER!”

In 2014, (VIPI) Veterans In Politics International conducted endorsement interviews in which Assemblyman Paul Anderson actively sought VIPI endorsement as he ran for re-election in Assembly District 13. Based upon Mr. Anderson’s pledges and statements VIPI endorsed Mr. Anderson, and he was re-elected in November 2014 to a second term in the Nevada Assembly.

However, Mr. Anderson broke every pledge and promise he made. Here are the details. In his endorsement interview he pledged as follows:

“I am not interested in proposing any new taxes. There are ways we can grow out of the recession.” (YouTube: https://www.youtube.com/watch?v=3ZZT-tsLA2k [at 11:00]).

Yet, Anderson voted for Senate Bill 483 which:

Mr. Anderson pledged his opposition to Common Core (YouTube: https://www.youtube.com/watch?v=3ZZT-tsLA2k [at 21:00]). Question: “Do you oppose common core?” He said, “There are serious concerns. No.”

Yet again Anderson voted against AB 303 which would have cut common core.

On August 8, 2015, Mr. Anderson came on the Veterans In Politics Radio show, in an effort to defend his voting record. He stated, “I didn’t know the budget details when I was running,” and that “I had to be a grown up.” He also stated, “I had a half a billion dollar hole to fill in the budget.”

Mr. Anderson is the Majority Leader of the Nevada Assembly and has significant control over all legislation voted on. Anderson also acknowledged he failed to take any real action to help homeless Veterans and the Veterans Courts.

Mr. Anderson broke every promise and pledge he made to our group. Anderson failed to keep his word, he failed our Veterans, and he failed the people of Nevada who elected him. The Veterans In Politics International will watch elected officials through their political careers in an effort to make sure that they stay true to their word. If anyone defends any elected official because we asked them the tough questions, we will find out your motive and expose you too!

If you are a public official and you feel that your actions or lack of should not be questioned, then you should vacate your seat. Lead by example Clark County Commissioner Tom Collins did.

Is our State Legislature nothing but a College Campus?Presidential Candidate in Las Vegas for “Meet & Greet”