CAUGHT WITH THEIR PANTS DOWN?

You are here: Home / News / CAUGHT WITH THEIR PANTS DOWN?

CAUGHT WITH THEIR PANTS DOWN?

In the footsteps of disgraced Senator John Ensign, ex-Governor Jim Gibbons, and call-girl-calling Eliot Spitzer, it looks like two more Nevada politicians feel that “Life is Short. Have an Affair” is more in tune with their moral creed than what they profess in church, or on their campaign trails.

“Having an affair is not shocking what makes this disturbing is that this is occurring by people that base their public campaigns on Family Values.”

In the September 19 Veterans In Politics Talk Show, guest Nevada State Assemblyman Brent Jones said that he read on Facebook that Assemblyman Hambrick’s name was found on the Ashley Madison website. Hear the details here:

The President of Veterans In Politics International (VIPI) contacted Assemblyman Hambrick on Tuesday September 22nd 11:35am and left a detailed voice message to get his response to the comments made by Assemblyman Jones. 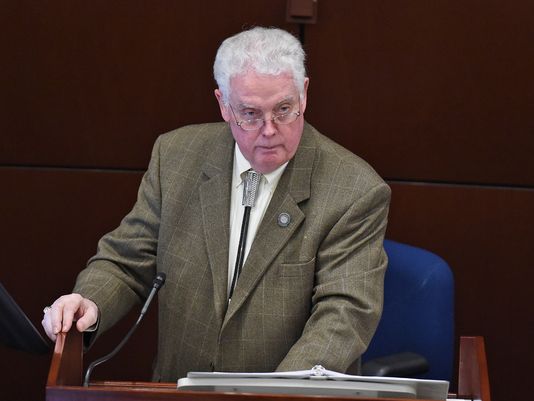 But to date, no response from Assemblyman Hambrick.

So VIPI conducted its own investigation into Assemblyman Hambrick’s alleged online shenanigans. But while investigating Assemblyman Hambrick, VIPI also learned that someone else in Nevada politics may be caught in this web of Ashley Madison affair seekers: Nevada State Director for US Presidential Candidate Donald Trump, none other than Charles Munoz also a former America For Prosperity Director.

According to the information recovered, Hambrick signed up for an Ashley Madison account on 1/23/2013 in Carson City with the user name “carsoncity” and the tag line, “looking for someone to make me feel alive again”. His actual birthdate was in the personal information section. The IP address used to set up the account indicates that it belongs to someone in Carson City.

We may hear the claims “someone else did it” or “my identity was stolen.” While people can have their email addresses spoofed or stolen, it is not common for the hacker to also know the user’s exact birthdate and location and to use an IP address registered in that user’s location.

Nor is it likely that the hacker would have known Assemblyman Hambrick and would have stolen his email address to hurt him politically. If someone wanted to hurt Hambrick by doing this, they would have had to know two years ahead of time that there would be an Ashley Madison leak. Please note, that Assemblyman Hambrick did not create an account and then respond via email to verify his email. However, you can use Ashley Madison without verifying your email. Verifying email just unlocks features. So, maybe he was just curious, or thought he was being “cautious.” 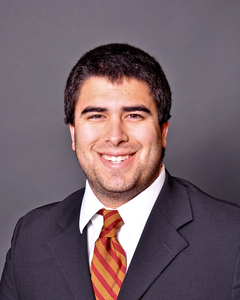 Munoz however, appears to have created two separate Ashley Madison accounts, verified his email both times, and used his own birthdate when setting up the accounts. When Munoz’s name was first discovered on the Ashley Madison list shortly after the Ashley Madison hack made the news, Munoz claimed that his email had been stolen. Yet, Munoz’s user names were “boredinthe702” which was created with zip code 89118 and an IP address belonging to someone in North Las Vegas, and “char702” which was created with zip code 89123. And again, if the hack were for political gain, the perpetrator who would be setting up Munoz would have had to be aware that the information would leak eventually to try and harm him.

Even more egregiously, Munoz’s most recent account was last updated in May of this year while he was engaged to his fiancé who is now the Secretary at the Clark County Republican Party. So much for “family values”.

Then the Ashley Madison leak happened.

What the hackers reportedly did was obtain the entire website from the company. Everything including how the site was made (code). They first dumped the data records. 40MIL accounts. This was in a big 20GB file. That was put onto infamous chat forums like Reddit where this sort of thing is commonly released.

An email searched commenced when the Ashley Madison story broke – John Hambrick’s and Charles Munoz’s emails were found amongst the search.

Hambrick’s showed his email had been used but the email had not been verified by Ashley Madison (he didn’t click the email link to verify his address). It was still an account he could access and use, but verifying his email enables options like chat, etc.

Munoz signed up with his email and verified his account to enable features. An expert was used to download the data. Experts were able to track down the data associated with both email addresses (Hambrick’s and Munoz’s).

Still want to deny your involvement with AshleyMadison, gentlemen…?

For more information on the Ashley Madison leak, see this link: