You are here: Home / News / “Problem Cop Promoted to Assistant Chief of Police!”

“If you turn a deaf ear and a blind eye to corruption you are just as guilty as the perpetrators that are committing the injustice.”

Dave Noahr, whose twisted trail of apparent corruption is long, was recently promoted as the new North Las Vegas Assistant Chief of Police! 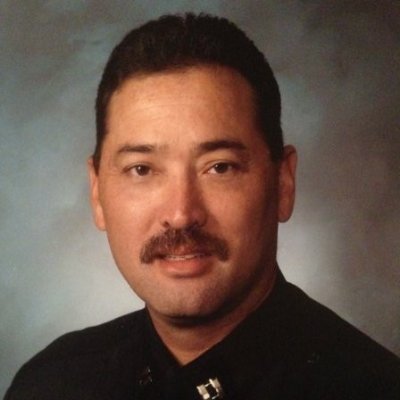 Is there anyone in a leadership position in Nevada who has sufficient love of State and the moral fortitude to finally end this apparent reign of corruption?

The unauthorized jailhouse “inspection” that resulted in mayhem and sizable civil settlements.

Police officers take a sworn oath to serve and protect. But during the night of July 2006, then North Las Vegas Captain Dave Noahr, along with his former colleague police Lieutenant David Powell (now retired), entered then-existing North Las Vegas Detention Center while off duty and reportedly drunk. They claimed they were there to conduct a jailhouse “inspection,” even though there had never previously been such an inspection at the North Las Vegas jail.

As reported by Veterans In Politics in 2013 (see, “Crimes Committed by Police Officers at the NLV Jail Look Like Cover-Up Scenes from “The Twilight Zone”: http://nevadapac.ning.com/profiles/blogs/crimes-committed-by-police-officers-at-the-nlv-jail-look-like-cov) the mayhem and apparent cover-ups that ensued should have sent chills up the spine of every Nevadan.

The investigation revealed that Noahr and Power prowled the cells of the facility. They “visited” inmate Daniel LaJocies in his cell. After reportedly barking incomprehensible orders at him, they severely beat him breaking several of his ribs and ultimately detaching his eye retina.

While correctional officers witnessed the event, none lifted a finger, perhaps because the beating was being conducted by their boss, Noahr. Former Correction Officer Chris DeMeo, who was with Noahr that night, described the incident as resembling a group of gang members or thugs walking down the middle of the dorm and when someone would mouth off or rise up, the group would go into the cell and “tighten them up,” meaning, use violence to suppress them, and then move onto the next inmate.

A Sergeant who witnessed the incident testified that at one point, Noahr accidentally received part of a Taser intended for an inmate, and that this seemed to make Noahr “lose it.” Noahr allegedly then went nuts after kicking the crap out of an inmate in the back of his head, detaching the inmate’s eye retina.

According to the testimony, when a fight broke out in another cell that night, Noahr went to the cell, stomped on one of the inmates who was by then already hand cuffed, and reportedly broke that inmate’s hip.

A witness said that Noahr left the cells after beating the inmates, threw his hands up like a champion boxer and said something to the affect, “that’s how we beat motherfuckers down in North town”.

Then it appears that the cover-up began….

Corrections Lieutenant Kumiko-Katie Moore submitted an incident report stating that Noahr and Powell brutally and viciously attacked LaJocies without justification. The tape from the jail’s security cameras, which was the only recording of the incident, was on Lt. Moore’s desk with the door locked when she left that night. The video was gone when she returned to work the next day. When it showed up again, it was claimed that the video had been edited or erased – it showed no one coming in or out of the facility for the entire night. A source claims that Captain Heidi Campbell may now be in possession of that video.

Noahr initially testified that he never even entered the cells where the beatings took place. He later recanted this story once it became evident that several other officers had squarely placed him in those cells. He also claimed that LaJoices’ and other inmates’ injuries were sustained during their fights with other inmates. (Yet, those claims appear to have been unconvincing given the City’s subsequent large civil payouts.)

Witness officers Bridgida and Dillard also wrote unfavorable reports about the incident. Concerned that their reports would be altered, however, they printed them out and mailed them to their homes. Sure enough, their concerns were confirmed – by the next day, the official versions of their reports had been altered to benefit Noahr.

Sergeant Jeff Rogers, who was also on duty that night, testified in a deposition that his report was also altered without his approval to benefit Noahr. He described what happened that night at the jail, but was reluctant to give more details out of concern that he would be put under investigation like other witness officers.

The entire matter was sent to Internal Affairs to former Sargent Mike Waller, who appears to have done nothing to rectify the situation. Noahr allegedly informed everyone that “if he was to go down for this, then everyone would go down, because he had all the inside information on the corruption in and around the city.” Not so ironically, Police Chief Forti testified in his deposition that he did not know why a use of force report was not filed, even though it was standard operating procedure to do so.

The North Las Vegas City Council subsequently unanimously voted to pay LaJoices $150,000 to settle his claims. This was reportedly the 10% deductible on the $1.5 million insurance settlement paid by the City’s insurer.

The road rage incident that got swept under the pavement.

The above was not Assistant Police Chief Noahr’s only involvement with problematic incidents. In one incident, Noahr who was a police captain at the time, was driving in a city vehicle with his wife when another vehicle reportedly cut them off near Hans Surplus in North Las Vegas.

Noahr allegedly followed the vehicle and when the car parked, he pulled the driver out of the car and drilled his weapon into the side of the driver’s head. The driver (and now victim) of the other vehicle turned out to be a federal law enforcement officer!

A complaint was filed and when the federal government found out that Noahr was a police captain, they accepted an apology rather than pursuing the complaint. Everyone including the Chief of Police knew about the incident, but this incident like others, were “buried.”

The grocery store “hissy fit “meltdown that had customers running for their lives!

About 2½ years ago, an off-duty North Las Vegas Police Officer, now a Sergeant, was shopping at a local grocery store in Henderson with his wife, when he heard a male customer yelling, screaming and threatening people. The officer dialed 911 emergency and handed the phone to his wife. The officer then approached the incident and observed customers and store employees running toward the front of the store and ducking for cover.

The officer observed a man throwing objects towards the employees of the store and using excessive profanity. On closer observation of the perpetrator, the officer recognized the suspect as Dave Noahr.

Henderson Police came to the scene and took a report. It was not clear if Noahr had drawn his weapon during the incident. This investigation, like others however, was “buried.”

Where are our heroes?

The people that we entrust to operate the city of North Las Vegas know about the corruption, the deprivation of rights under the color of law, the dozens of felony and misdemeanor violations, and the hypocrisies that have plagued the city’s government.

When are we going to stand up against lawlessness and finally bring justice back to the City of North Las Vegas?

Corruption only breeds corruption. Case in point: According to his official on-line police profile, Noahr’s career involves, among other things, training other officers, crime scene investigations, and supervising detention operations. Is this what we can expect then from our next generation of officers?

It’s time to unite as a community and stop corruption, not reward it. Nevadans deserves better.

DIRTY POLITICS!Many times we have asked candidates and elected officials to appear on our radio program and our video endorsement interview process and some declined the offer.