“The Best Interests of the Child”

You are here: Home / News / “The Best Interests of the Child”

“The Best Interests of the Child” 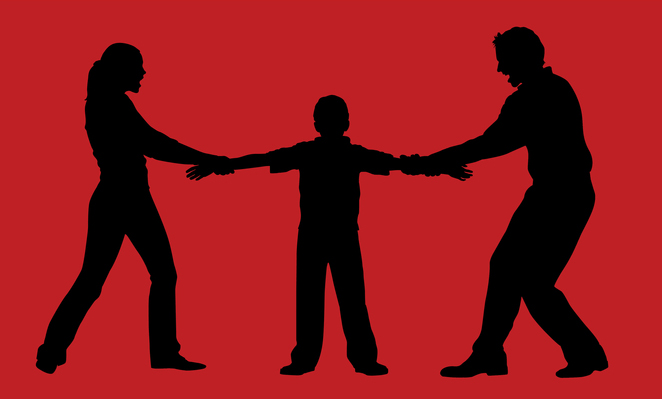 Family Court has two hot button issues when dealing with families in divorce and custody proceedings: The relocation of one of the parents, and its seemingly disproportional effect on veterans and their children.

It may be time for our family courts to create a veterans division.

This triggers a key issue: With so many children growing up in two households, going back and forth between their parents’ homes on a weekly basis, what happens when one of the custodial parents wants to move out of Nevada or sufficiently far away that weekly visits with the other parent are no longer feasible?

This issue especially affects veterans who, for a variety of reasons including military obligations, may (a) not be able to simply pick up and move when their ex-spouse decides to leave or (b) are not the primary custodial parents of their children and may therefore be at a disadvantage in trying to prevent their ex-spouse from moving away with their children.

The Nevada Supreme Court has made clear that, as a basic matter, each of the parents should have as much right to parent their children once they are divorced as when they were married. So how does a court decide whether one parent can effectively deny the other parent the right to see his/her children on a regular or weekly basis by moving away?

And what does this mean for veterans and their children who may be disproportionally affected?

What the courts presently consider:

Nevada Revised Statute 125C.200 requires a custodial parent who wants to move away with a child to first obtain the written consent of the other parent or lacking that, to obtain permission of the court.

As with all custodial matters, the over-arching legal question the court must decide is whether the move-away will be “in the best interests of the child.”

First, the moving parent must prove that there will be an “actual advantage” for both the child and the custodial parent by moving.

Second, if the above is satisfied, the court has to consider and balance the following factors:

a. The extent to which the move is likely to improve the quality of life for both the child and the custodial parent;

c. Whether, if permission to move is granted, the custodial parent will comply with revised visitation orders issued by the court;

d. Whether the non-custodial parent’s motives’ are honorable in refusing permission to move, or whether it is motivated by money, for example, the desire not to pay higher child support; and

The above factors often trigger consideration of sub-issues, such as: (1) whether positive family care and support, including by the extended family, will be enhanced; (2) whether housing and environmental living conditions will be improved; (3) whether there will be educational advantages for the child; (4) whether the custodial parent’s employment and income will improve; (5) whether special needs of a child medical or otherwise, will be better serviced; and (6) whether in the child’s opinion, circumstances and relationships will be improved.

But, perhaps the courts should also consider these questions:

Is all this better than the parental bonding that would be lost over hundreds of miles placed between parent and child?

Can it truly be in the best interests of a child to tear him/her away from a loving parent who visits with the child regularly?

Who verifies the arguments of the custodial parent who is seeking relocation?

Who makes sure that that custodial parent does not alienate the child once relocation is granted, and is it fair to put the risk of this and the additional litigation expenses that may get triggered, on the non-custodial parent?

Shouldn’t the parent who seeks relocation pay for the resulting additional travel expenses of the non-custodial parent?

Isn’t the psychological hardship from the divorce hard enough on a child, without adding the stress of having to leave a loving parent, friends, schools, extended family, etc.?

Isn’t the time the child spends on extended trips traveling back and forth between parents better served by actually being with and bonding with each of them?

It’s unfortunate that many of these parents who are torn from their children are active duty or military veterans. Veterans and their children know all too well what it’s like to be separated from family because of military duties. Consequently, they are particularly sensitized and vulnerable to enduring even further parental separation when one of the parents wants to move away.

Clark County is home to an enormous number of military families, as it is houses Creech and Nellis Air force Base, as well as several military reserve units. We need a judge who understands veterans’ particular needs and circumstances, and nowhere is this more personal and vital than in the area of family law. Indeed, it may be time for Clark County’s family courts to create a special veterans division to better serve the needs of its constituents.

A veterans division of family court would not only ensure that proper considerations are made during move-away orders, but would also ensure that numerous veteran-specific laws are followed during divorce and custody proceedings.

For example, Nevada just passed a law stating that Military Veterans Service Connected Disability Benefits cannot be counted in any calculation for determining the amount of alimony payments. This had been a federal law for years but Nevada was not following it in family court. This is now changed with Nevada’s new laws.

There are also federal laws that protect active duty and reservists.

These are laws that apply in family matters as well, and apply only to veterans and not to the general population.

Right now we have hundreds of veterans that are torn from their children due to “move away” orders that do not appear to have been based on fair considerations.

Army Ranger Artur Terabelian had his child relocated to another state over his objections and now the custodial parent has alienated his son from him.

Our veterans fought and continue to fight for our country and our precious family values. Yet, their very service, even when not deployed, is now hampering their ability to see and raise their own children. Our vets and their children deserve so much better than this.

There has to be a better way…

Either you take care of our military veterans now or you won’t have any more volunteers to fight your WARS!

Veterans In Politics, International will have a float in the Veterans Day Parade on Wednesday November 11, 2015 at 10am. If you would like to participate in the parade with us, please email, call, or text VIPI Auxiliary Director Karen Steelmon (karen.veteransinpolitics@usa.com) for parade details. You do not need to be a VIPI member nor a veteran to support VIPI and participate in the parade.

All candidates running for office in 2016 are invited to join us.

Military Hero’s Ignored By The Media!THREATS DON’T WORK ON VIPI OR SANSON