“NEVADA VETERANS IN POLITICS” DISSOLVES UNDER THE WEIGHT OF EXPOSURE!”

You are here: Home / News / “NEVADA VETERANS IN POLITICS” DISSOLVES UNDER THE WEIGHT OF EXPOSURE!”

“NEVADA VETERANS IN POLITICS” DISSOLVES UNDER THE WEIGHT OF EXPOSURE!” 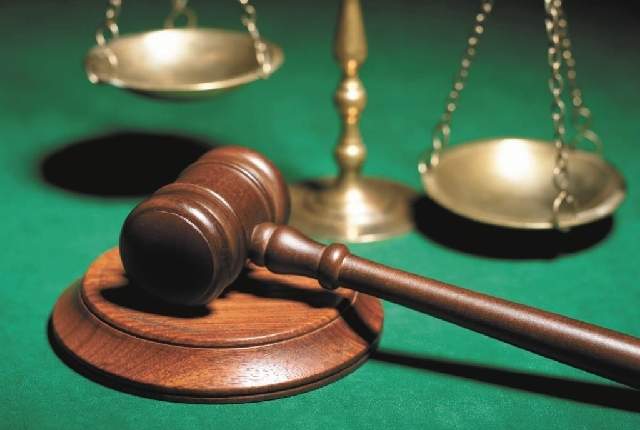 The North Las Vegas Police Officers Association Union’s veterans group, aka, Nevada Veterans In Politics, just dissolved under the weight of exposure! So much for its stated desire to help veterans. The company dissolved a mere two months after forming, and only two weeks after its plot to coerce judges and judicial candidates into blackballing the authentic Veterans In Politics was publicly exposed (see link: http://nvsos.gov/sosentitysearch/CorpDetails.aspx?lx8nvq=5eqIcU%252bHWeAUMS6dvkF%252fgA%253d%253d&nt7=0).

But instead of fairly competing, the group stole the Veterans In Politics name in violation of trademark laws, and concocted a plan, with Thomas’s assistance, to coerce sitting judges and judicial candidates into blackballing Veterans In Politics International. According to the plan, letters were to be sent to all judges up for re-election warning them that if they participated in any way in Veterans In Politics’ endorsement process, they would automatically not be considered for an endorsement by a host of police unions and likely by the Las Vegas Review Journal. The plan seemed to fall within the legal definition of criminal coercion under N.R.S. Section 207.190, and involved violations of the legal rights of Veterans In Politics and its President, Steve Sanson.

Thomas callously detailed the plan in an email he sent to his judicial candidate clients. This put his clients in the untenable position of having to report Thomas and the plan to the State Bar of Nevada. You see, Thomas is a member of the State Bar, and even though he is in “inactive” status, he is still bound by the Rules of Professional Conduct that applies to all lawyers. These rules do not allow lawyers to participate in the type of behavior described in Thomas’ email.

By the same token, Thomas’ judicial clients are bound by the Nevada Code of Judicial Conduct. Under Rule 1.2 of those statutes, judges and judicial candidates must “act at all times in a manner that promotes public confidence in the independence, integrity, and impartiality of the judiciary.” They are obligated to “avoid impropriety and the appearance of impropriety.” They cannot “convey or permit others to convey the impression that any person or organization is in a position to influence the judge.” (Rule 2.4(c).)

As the comments to the Rule indicate “ignoring or denying known misconduct among one’s judicial colleagues or members of the legal profession undermines a judge’s responsibility to participate in efforts to ensure public respect for the justice system.”

The rules are clear that a judge may not engage in any extra-curricular activity that “would appear to a reasonable person to be coercive” (Rule 3.1D) and must, when engaging in campaign activities, “act at all times in a manner consistent with the independence, integrity, and impartiality of the judiciary.” (Rule 4.2 A (1).)

So which of Thomas’ judicial clients actually abided by their sworn legal obligations to report Thomas to the State Bar and take action to stop the plan of coercion?

To our knowledge, NONE.

What a sad state of affairs for Nevada. If these judges looked the other way for the sake of getting endorsements, imagine what they are capable of doing on the bench when the stakes are higher.

Shame on Thomas for putting his clients in this position; and shame on his judge clients for knowing better and doing nothing.

The Face of CORRUPTION!“SHOW ME A BUSINESS LICENSE!”