“SHOW ME A BUSINESS LICENSE!”

You are here: Home / News / “SHOW ME A BUSINESS LICENSE!”

“SHOW ME A BUSINESS LICENSE!” 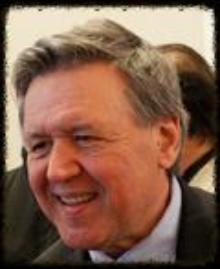 David V. Thomas and his front organization Policy Communications have certain judicial and political candidates flocking to them to become the next judge or retain their seat.

Thomas and Policy Communications have received over $3,542,864.88 in gross revenues since 2006 (see: Nevada Secretary of State http://www.nvsos.gov/SOSCandidateServices/AnonymousAccess/CEFDSearchUU/ExpenseResults.aspx?ns=Policy+Communications&ctl00_MainContent_dgSearchResultsChangePage=9 ).

But what’s disturbing is that we cannot find any state or local Business License for Policy Communications. We can’t even find a corporate charter, a limited liability filing or a fictitious business name filing for this for-profit entity.

Indeed, it seems that Thomas may be operating Policy Communications in Nevada illegally.

Hard to believe that Thomas is a lawyer, is married to a Clark County District Court Judge and makes a living working with lawyers and judges.

One would think that someone like that would be extra careful to follow the rules, at a minimum out of some shred of concern for the reputations and careers of those around him.

But instead, it seems that Thomas sees his circumstances as a license to break the rules – indeed, the only license he apparently thinks he needs.
This has been borne out in the shenanigans he has pulled over the years and in his recent conspiracy to coerce judges and judicial candidates into blackballing Veterans In Politics to advance his own political needs.

One can only hope, for Thomas’s sake, that he’s been filing the proper taxes for this apparently non-existent entity.

“NEVADA VETERANS IN POLITICS” DISSOLVES UNDER THE WEIGHT OF EXPOSURE!”Congratulate Troy Warren as the new Co-Host for the Veterans In Politics internet talk show: