“JUDICIAL COERCION: THE SEQUEL” BROUGHT TO YOU BY THE NORTH LAS VEGAS POLICE UNION!

You are here: Home / News / “JUDICIAL COERCION: THE SEQUEL” BROUGHT TO YOU BY THE NORTH LAS VEGAS POLICE UNION!

“JUDICIAL COERCION: THE SEQUEL” BROUGHT TO YOU BY THE NORTH LAS VEGAS POLICE UNION! 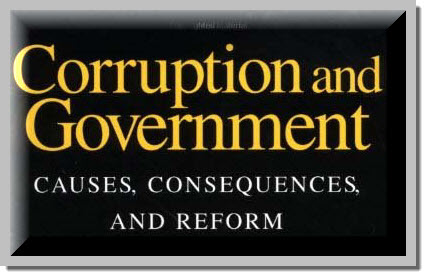 The shocking spoiler: How easy it seems to manipulate certain Clark County judges and candidates. Yes, we name names!

Still fresh in the minds of many is the North Las Vegas police union’s plot late last year to “remove from the political process” Veterans In Politics International, Inc. (“VIPI”) and its president, Steve Sanson. The goal of the plot appeared to be twofold: First, to stop VIPI from investigating impropriety committed by North Las Vegas government leaders, and second to ensure that candidates managed by political consultant Dave Thomas get a rubber stamped (not necessarily earned) police union and veterans group endorsement.

In furtherance of the scheme, Mike Yarter, President of the North Las Vegas Police Officers Association Union formed a new veterans group called Nevada Veterans in Politics which was reportedly designed to trade off of VIPI’s name and confuse voters into believing that VIPI was endorsing particular candidates. This part of the plot was designed to provide candidates with the rubber stamped veterans endorsement they may otherwise not have with VIPI.

The second part of the scheme involved convincing other police unions to join the North Las Vegas Police Union in sending letters to sitting judges and judicial candidates threatening to withhold a slew of police union endorsements (and possibly a Review Journal endorsement) if the candidate participated “in any way” in VIPI’s endorsement process, radio show or other activities. This part of the scheme was designed to put VIPI out of business and stop its investigations into government corruption.

Upon learning of the scheme, VIPI widely exposed it. Within two weeks of the exposure, the new veterans group dissolved, and the scheme appeared to have died under its own weight. Or so it seemed…

Like a monster in a blue-knuckle horror flick, the plot has now resurrected to once again wreak havoc on the good citizens of Clark County.

Mike Yarter, President of the North Las Vegas Police Officers Association Union, working again with Richard Carreon the former front man of the now-defunct “Nevada Veterans in Politics,” recently formed yet another veterans group, this time called the “Nevada Veterans Association.” Yarter is the Secretary of the company. True to its prior purpose, this new group has issued rubber stamped endorsements to each of Dave Thomas’s candidates. Not surprisingly, given the involvement of the North Las Vegas Police Union, the union has likewise appeared to issue blanket endorsements to each of these candidates. The goal of getting rubber stamped endorsements now appears to be accomplished.

But what of the other goal – getting VIPI out of the political process? According to sources and an email reviewed by VIPI, Yarter made phone calls to campaign managers just prior to VIPI’s endorsement interviews which took place this past Saturday, February 27, 2016. In the call, Yarter warned the managers that if their candidates participated in VIPI’s endorsement interviews, the endorsements they received from the Nevada Veterans Association and the North Las Vegas Police Officers Association Union would be summarily rescinded.

The Epilogue — The Heroes Who Stood Tall in the Face of Coercion and the Invertebrates Who Puddled Like the Wicked Witch of the West….

Rather than be appalled, if not amused, by this now second apparent attempt to coerce candidates, some candidates shockingly gave in, some for the second time!

The following candidates appeared at VIPI’s endorsement interviews, rejecting coercion attempts and proving that they have the moral fortitude to sit on the bench:

By contrast, the following candidates appear to have puddled like the Wicked Witch of the West in the Wizard of Oz, suddenly canceling their interviews using tried and true, but hard to believe excuses:

The Sad Ending to this Episode of “Judicial Coercion”:

What does all this say about the state of Clark County’s judges? Does it really take so little to manipulate them? If a judge or candidate is allowed to be manipulated for the sake of a meaningless rubber stamped endorsement from a North Las Vegas police union chief, then what is to be said of that judge’s ability to withstand manipulation from other more substantial influences on and off the bench?

Where are our oversight committees in looking into these coercive tactics? Who is in charge – Mike Yarter? — Or the State Bar, Judicial Discipline Commission, the Nevada Supreme Court, the FBI?

If we don’t start actively rejecting attempts to coerce and manipulate sitting judges and judicial candidates, and as long as our judiciary succumbs to even this ridiculously minimal level of reward – keeping a campaign endorsement — Clark County’s next chapter in history may well be entitled “The Godfather, Part IV.”

“What is it that makes us trust our judges? Their independence in office and manner of appointment.”
— John Marshall, Fourth Chief Justice of the U.S. Supreme Court