Below is the schedule for the 2014 JUDICIAL Endorsement Interviews

VIPI will be interviewing candidates who are running for all offices throughout the 2014 election season. Below is a schedule of these interviews, with the time, date, location, interview panel, and interviewees whom have RSVP’d to participate in the interview process.

Schedules for each office to be interviewed will be listed as the schedule becomes available.

As stated in our by-laws, all our interviews are open to all candidates who RSVP by the deadline. Each candidate is contacted via email, and telephone, to notify them of the date/time/place of the interview. Candidates MUST BE PRESENT to be interviewed. All interviews are open to the public., and questions may be taken by the public, if time allows. Interviews will be recorded and broadcast on all social media outlets, and this website.

See “by-laws” page on this website for further information on interviews. 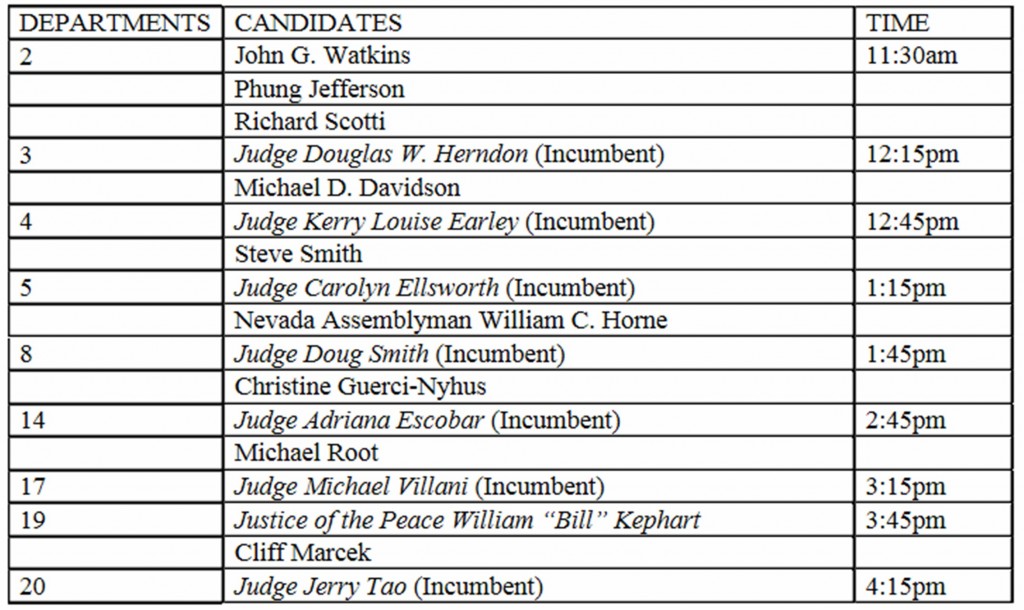 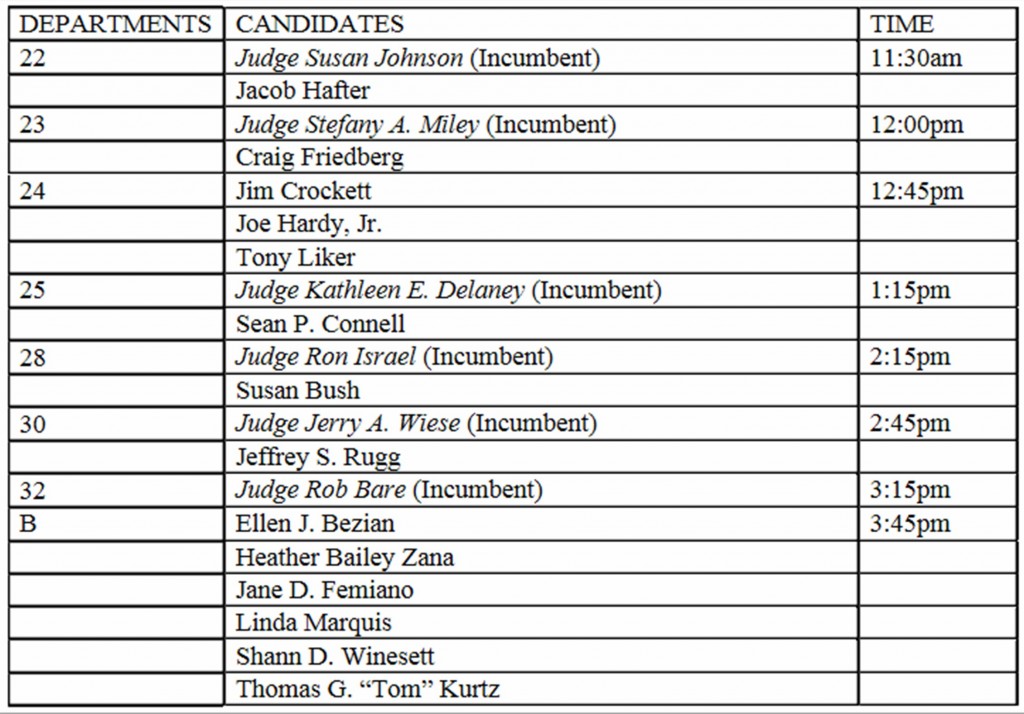