“How Many EMRB Complaints Does it Take for NLV’s Mayor Lee to Get the Message?”

You are here: Home / News / “How Many EMRB Complaints Does it Take for NLV’s Mayor Lee to Get the Message?” 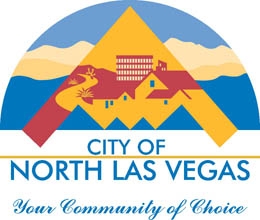 In their first EMRB complaint, which settled in 2014, Bonner and Washington alleged that Mayor Lee wrongfully interfered in North Las Vegas’s personnel matters in violation of the City’s charter, and also, that he discriminated against them for racial, religious, or political reasons. In that case, Washington and Bonner had been promoted by the Director of Human Resources to take on the additional responsibilities of the retiring Development Specialist. The additional responsibilities came with a pay raise. Shortly thereafter, the Mayor purportedly received an anonymous call complaining about Washington and Bonner’s pay raise, in response to which, he thereafter orchestrated a retroactive salary cut for them. That case settled with Bonner and Washington getting a pay raise for their new responsibilities, though not as much as they originally received.

The legal claims in this latest complaint mirror those of the first one, but this time based on the Mayor’s alleged “bypassing of Washington and Bonner as it related to Human Resources recruitment standards, and the obvious hiring trend of white, LDS personnel who did not meet the minimum requirements of the classification specifications for the positions into which they were hired.” Washington and Bonner also claim that they were wrongfully terminated in May 2015 in retaliation for their prior complaints against the City.

After settling their salary dispute with the City in December 2014, Bonner and Washington started being excluded from all management decisions affecting collective bargaining, even though they were the highest ranking employees in the Human Resources Department.

In February 2015, without Bonner or Washington’s input, the City hired Cass Palmer as its Director of Parks and Recreation. Yet, Palmer had no background in Parks and Recreation, but instead had an extensive background in Human Resources. As such, Palmer, rather than Washington or Bonner, led the City’s collective bargaining negotiations with the firefighters and police supervisors. Washington and Bonner were excluded from the process.

According to Washington and Bonner, they complained to the City Manager, Dr. Quong Liu, about being stripped of any meaningful Human Resources work to perform. They requested a bi-monthly meeting with Dr. Liu so that they could be involved in the City’s hiring decisions. Although Dr. Liu obliged, he requested that Kari Turkal-Bennett sit in the meetings “to take notes.” Turkal-Bennett not only took notes, but she also then met with the entire Human Resources staff and compiled information on each of their jobs. This information was then used by the City to prepare a Request for Proposals to outsource North Las Vegas’s entire Human Resources department, including terminating Washington’s and Bonner’s jobs.

According to Washington’s and Bonner’s complaint, the City’s Request for Proposals was published on March 12, 2013. On May 20, 2015, the City Council met from 6pm to 7pm and after “limited discussion,” passed its resolution to outsource the entire Human Resources department to Prism Global Management Group. According to the complaint, Prism Global is a company with LDS ownership, and the Council decided to outsource the department “despite the absence of any significant savings to the City through outsourcing.”

The next day, the Human Resources Department employees were given paperwork informing them that they were being laid off. Although the Mayor had allegedly found or created positions throughout the City for people the Mayor wanted hired, Washington and Bonner were told that there were no positions to which they could be transferred. This despite the fact that the North Las Vegas Fire Chief Lytle had several times advised City Manager Dr. Liu that he would like to have Bonner transferred to a fully-funded vacant position within the Fire Department.

Although Washington and Bonner were terminated that same day, their final checks were dated May 20 — the day before the City Council even met or voted to outsource the department. This implied that the decisions to outsource the department and to terminate Washington’s and Bonner’s positions were actually made behind closed doors prior to the City Council meeting and that the meeting was a sham or simply a “formality.” Also, according to the complaint, “Washington who is black and non-LDS was immediately escorted out of City Hall by security. Human Resources employee Darlene Rosenberg, who had already made a decision to retire, and was white and LDS, was permitted to stay until the end of the fiscal year (June 30, 2015).”

On May 25, 2015, Kari Turkal-Bennett was appointed to supervise Prism Global Management. Turkal-Bennett allegedly had no significant prior Human Resources experience. Washington and Bonner claim that either of them could have performed this job instead of having their jobs terminated.

Washington and Bonner seek the retroactive reinstatement of their employment with the City of North Las Vegas, as well as declaratory relief and a cease and desist order from the Court prohibiting the City’s labor practices.