You are here: Home / Home - Featured / Is Justice for Sale in Nevada?

Judge Eric Johnson is taking tens of thousands in campaign money from lawyers with open cases in front of him and his wife. 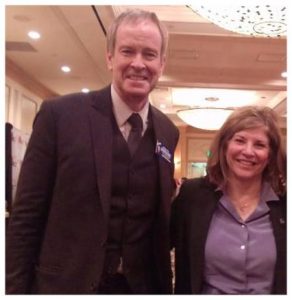 Think its ok for a judge not to disclose the campaign contributions on the record and give both sides the chance to move to disqualify him or waive the right to do so? 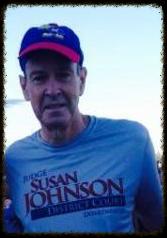 Eric Johnson, appointed last year to District Court Dept. 20, is running in this election to be retained.  His wife, Susan Johnson, is a District Court Judge in Dept. 22.  From January to June alone, Eric Johnson has received dozens of campaign contributions – worth over $54,000 – from lawyers with open cases in front of him or his wife.

List of those contributions, identifying the lawyer, law firm, case numbers, amounts “donated,” and whether the case was pending before Eric Johnson (Dept. 20) or Susan Johnson (Dept. 22).

Some may say that taking campaign contributions from lawyers with open cases in front of them is “perfectly legal” in Nevada.  If you think it is, we say this:  “just because you can, doesn’t mean you should!”

When evaluating our judges, we should be asking not only “is it legal?” but also, “is it right?”

Rule 2.11 of the Code of Judicial Conduct says that “a judge shall disqualify himself or herself in any proceeding in which the judge’s impartiality might reasonably be questioned…”

Rule 4.4 of the Code says that accepting campaign contributions can serve as the basis for disqualification.  The comments to the Rule warn judicial candidates to solicit or accept only such contributions as are “reasonable in amount,” and “appropriate under the circumstances” and that “the candidate should instruct his or her campaign committee to be especially cautious in connection with such contributions so they do not create grounds for disqualification if the candidate is elected to judicial office.”

But what about if the candidate is already in office?

What is the “reasonable amount” that is “appropriate under the circumstances”?  The Nevada judicial code doesn’t say.  Indeed, it’s hard to imagine how any amount is appropriate when a case is open and pending for decision before the judge seeking the contribution!

In California, a judge is subject to disqualification if he/she accepts more than $1,500 from a party/lawyer with an open case and the donation was received in the last election or in anticipation of an upcoming election.  More than 10 of Johnson’s contributions would fall under that category. (CA Code of Civil Procedure Sec. 170.1)

In Mississippi, the amount leading to disqualification is $1,000 for state trial court judges, such as the Johnsons.  (MS Judicial Canons, Sec. 3E(2).)  At least 26 of Eric Johnson’s donations meet that criteria.

In Utah, the amount is only $50.  (Utah Judicial Canon, Rule 2.11(A)(4).)  Virtually all of the noted donations on the spreadsheet would disqualify him under that standard.

Apparently though, Eric Johnson doesn’t just stop at taking money.  He also has those with open cases in front of him throw him fundraisers to get others to also contribute to his campaign.

How can all of this be ok?

The “appearance of impropriety” and grounds for disqualification, is found to exist “whenever the judge’s impartiality might reasonably be questioned . . .” (Comment to Canon 2.11.)

How can a judge’s impartiality not be questioned when he is actively taking money from one of the parties or the party’s lawyer?

So let’s say there is an appearance of impropriety – how should Eric and Susan Johnson be handling that?

The judge is supposed to make the disclosure on the record, in front of the parties, let the parties discuss it outside the purview of the judge, and then decide whether they want to seek the judge’s removal or waive their rights to do so.

So where are the disclosures and waivers in Eric and Susan Johnson’s numerous cases?  Even if they believed that the first Contribution and Expense report that Eric Johnson filed for his campaign on May 24, 2016 should serve as their disclosure, where are the waivers?  And, were any disclosures made and waivers obtained on the record between January 2016 when Eric Johnson first started taking donations, until he filed that first report at the end of May?

Nevada, it’s time to expect, indeed demand, more from our judges.  We expect them to be held to a higher standard than our politicians and to be a role model for what our society as a whole strives to be – honest, trustworthy, fair, impartial, and wise.

Let’s vote judges into office who truly have a “high moral compass” – that means someone who does the right thing not only when it’s easy to do so, but who does it even when it’s against their own interests to do so, and even when they think they can get away with not doing it.

In our opinion, neither of the Judge Johnsons meet that standard.

Click onto links below for Related Articles on
Eric Johnson:
“Did Eric Johnson Perjured himself for a Judicial Appointment to the Clark County District Court Bench?”
An open letter to Voters about your Clark County District Court Judge!
“The North Las Vegas Judicial Discipline/Recall Story Is Not Over … Not By a Longshot!
“ERIC JOHNSON – IT’S TIME TO ‘FESS UP ABOUT THE JUSTICE DEPARTMENT INVESTIGATIONS . . . OF YOU.”
“Judges’ Association Sides with Ramsey – Says that Judge Johnson Got it Wrong. There Should Be No Recall!”