You are here: Home / Endorsement Interviews / NO FREE RIDE for HARTER!! 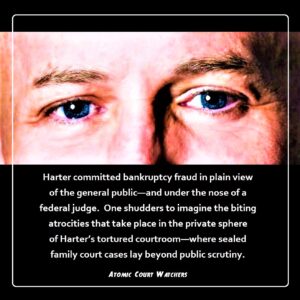 This federal lawsuit against Harter alleges that the 14th Amendment guarantees the people’s fundamental right to expect a “fair judiciary”—the cornerstone of democracy.  However, where judges commit crimes—such as fraud and perjury—there can be no “fair judiciary.”

The lawsuit alleges that Harter committed bankruptcy fraud, perjury, and concealment of assets; and, because of these crimes, Harter’s mere presence on the bench “offends traditional notions of a fair judiciary,” which violates Plaintiffs’ federally protected rights under the 14th Amendment.

HARTER GETS a FREE RIDE

Harter should have to pay for his own lawyers!

First of all, the Nevada Attorney General (A.G.) has already denied Veterans In Politics International’s complaint about an investigation against Harter, concerning the bankruptcy indiscretions, therefore, the A.G. is now conflicted-out.

The A.G. is in no position to represent Harter concerning allegations of Bankruptcy fraud because the representation creates blatant conflicts of interest.

The A.G. should NOT represent Harter and for two reasons—(a) Harter committed bankruptcy fraud and the people should not have to pay to defend his conduct, and (b) Harter is being sued for conduct “off the bench,” and because the operative acts occurred “off the bench,” Harter is not entitled to a state-paid attorney.

What does the law say?

Well, it says that Harter is entitled to a state-paid lawyer in lawsuits “based on any alleged act or omission relating to the person’s public duties or employment,” [NRS § 41.0339].

So, did Harter’s BK filing relate to Harter’s public duties or employment?  No!  Therefore, no free ride for Harter.

In addition, there must be a determination that the acts in question happened in “good faith,” [NRS § 41.0339].  But Harter cannot show good faith—because he committed “fraud” in the bankruptcy court!

Plaintiffs Shahrokhi and Phillips made a motion to disqualify Harter’s attorneys-of-record, i.e., Nevada Attorney General’s Office.  This motion is now pending before a federal judge.

Remarkably, the A.G. argues that the state may represent Harter because his B.K. filing, “relates to [Harter’s] public duties or employment.”  But this argument is absurd!  The A.G. argues that bankruptcy is part of a judge’s official duties!

Judges have duties to file bankruptcies?  (Who knew?)   Perhaps the federal court will once-and-for-all resolve the thorny issue of whether filing bankruptcy is part of a judge’s official duties (or not).

BEST INTERESTS of THE STATE

According to the A.G., “Nevada has an interest in protecting its judicial officers from being bankrupted by means of having to defend civil lawsuits brought by disgruntled former litigants.”  Oh, how ironic!—The A.G. worries about Harter going bankrupt?!  No worries.  HARTER won’t again be eligible to pull another bankruptcy until 2024.

Does the A.G. ever worry about the countless families that Harter bankrupts?

Plaintiff Ali Shahrokhi was direct:  “It is a waste of public funds.  He must pay for his own attorney.  Does the state give Harter a free lawyer if Harter is in a car accident driving to the movies on Saturday night?  Attorney General must be disqualified.”

However, the A.G. refuses to quit as Harter’s attorney!  The state’s managing attorney is none other than Steve Shevorski who, much like Tom Petty, just “Won’t Back Down.”  Shevorski insists there is no conflict of interest and that the B.K. filing was part of Harter’s public duties and therefore, Harter is entitled to a free, state-paid attorney.

Harter committed bankruptcy fraud—in plain view of the general public—and under the nose of a federal judge.  Harter survived complaints to the U.S. Trustee’s Office, the Commission on Judicial Discipline, and the Nevada Attorney General. Recently Veterans In Politics International filed another complaint, this time with the Nevada Commission on Ethics, lets see if they joined the crowd to protect a judge that commits a criminal act.

Harter continues to sit on the bench in judgment of others.

As long as Harter remains on the bench, there can be no “fair judiciary” in Nevada.  Stay tuned for the results of the motion to disqualify the A.G. as Harter’s attorney.

Please click on the video testimony before the Clark County Board of County Commissioners: 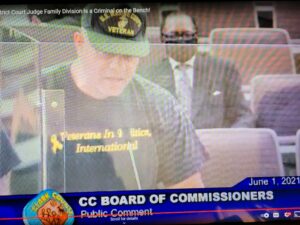 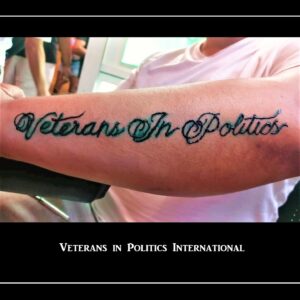