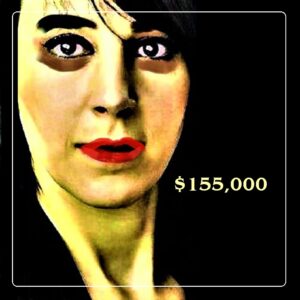 Moments ago, our editorial staff learned that local attorney, Jennifer V. Abrams, and the Abrams & Mayo Law Firm recently entered into a settlement agreement with Steve Sanson and VIPI. The Abrams Parties agreed to pay $155,000 to resolve the parties’ ongoing litigation.

Our editorial staff was informed that Abrams and her firm have already paid the settlement in full—$155k.

We presume the lion’s share of the $155k will go to the lawyers.

The lawsuit is continuing in district court. Louis Schneider a Nevada Attorney remains as a defendant. After the Nevada Supreme Court almost entirely upheld the district court’s prior decision to grant an anti-SLAPP motion, Schneider sought fees and costs and dismiss the remaining claims. Those motions are still pending.

Our editorial staff spoke with Steve Sanson, who explained that the settlement agreement has no confidentiality clause. “Well, Abrams wanted confidentiality, but I said, NO!” explains Sanson, “This is about freedom of speech and I took an oath to defend the Constitution along with our fundamental liberty interests in freedom of speech. This case started with Jennifer Abrams suing to silence me and the public has an interest in knowing what happens in anti-SLAPP cases.”

Abrams is a controversial divorce attorney—who some see as emblematic of the chronic problems that plague the family court. Employees of Abrams’ law office run a Facebook hater group where they openly taunt and bully parents fighting for custody.

But Abrams’ defamation lawsuit was baseless. Abrams had no likelihood of prevailing on her specious defamation claim (and she knew it). Instead, it seemed that Abrams calculated her lawsuit for one purpose—chilling Sanson’s speech-related activities.

Abrams thought her defamation lawsuit would shut down Sanson’s criticisms of her shady courtroom conduct. But Abrams never counted on the indomitable fighting spirit of a United States Marine! “OO-rah!”

In response to Abrams’ half-stepping defamation lawsuit, Steve Sanson countered with an anti-SLAPP motion to dismiss—and Abrams got knocked out! It was epic! Sanson handed Abrams a stunning upset defeat! Much like the Lakers victory over the Supersonics back in 1989!

It was long, arduous litigation. Abrams lost in the trial court, then she appealed, but again, she (almost entirely) lost. It wasn’t even a valiant fight. It was just sad. Some legal observers speculate on whether Abrams was stubbornly prolonging her inevitable defeat—trying to prove a point. If so, the only point is that Abrams paid $155,000 (ouch!). Sanson showed himself to be a noble defender of First Amendment liberties!

In the court, Steve Sanson and VIPI established proved that his criticisms of Abrams’ courtroom conduct are free speech—protected by the First Amendment! This means that Sanson has a constitutional right to criticize Abrams—regardless of whether she is offended! Sanson’s triumph over Abrams was a ginormous victory for free speech enthusiasts nationwide!

Sanson added, “I am glad the Nevada Supreme Court correctly ruled that an attorney’s courtroom conduct is a matter of public interest, which we can discuss publicly! With all due respect to Ms. Abrams, she must learn to accept criticisms—especially when they’re valid.”

“And, I’d like to thank my lawyer, Maggie, McLetchie—a heavy hitter—a First Amendment guru—who always had faith in me,” says Sanson who added, “and I wish to thank her associates, the hard-working  Leo Wolpert, and  Alina Shell. Without these talented individuals, this landmark decision would not have been possible! I also want to give a shout-out to Anat Levy who always has my back!”

The VIPI editorial staff spoke with our legal correspondent, T. Matthew Phillips, a First Amendment aficionado, who explained, “What we do in life—echoes in eternity.” Phillips added, “When Carson City enacted our state’s anti-SLAPP statutes, they had in mind Jenny Abrams’ frivolous lawsuit against Steve Sanson.

We were also fortunate to speak with a world-renowned constitutional expert, Maggie McLetchie, who told our staff, “I’m pleased the parties were able to reach an amicable resolution.”

Our editorial team wondered whether there’s any legal insight that this litigation may offer—as a learning experience. T. Matthew Phillips explained, “Never underestimate your opponent.” Phillips reminds us, “That’s straight outta Sun-Tzu! Jenny Abrams underestimated a tough-as-nails United States Marine, who basically opened a can of whoop-ass with a side o’ fries and a triple-thick chocolate shake!”

Note also, the legal battle rages on between Sanson and Marshal Willick another divorce attorney. Remarkably, Willick pulled the same stunt as his girlfriend, fiancée, wife (who knows) Jenny Abrams. And, like his girlfriend, Sanson served up a “how-do-you-do!” Willick now back-peddles, desperately trying to dismiss his own lawsuit against Sanson. 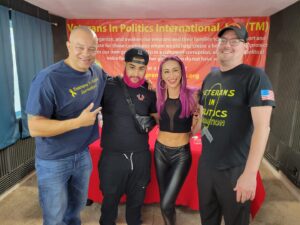 Please click on the link below to view Saturday’s show: Tahra Violet self-healing on the Veterans In Politics Video Internet talk-show

An open letter to Voters about your Clark County District Court Judge!