You are here: Home / Home - Featured / Everyone can be ethical when it’s easy- In a must see video interview Anat Levy discusses the differences between herself and her opponent for Clark County District Court Dept. 20

Anat Levy says: The trust of the people in the court is vital for democracy to move forward 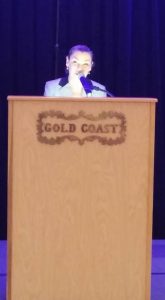 In the most controversial Clark County District Court race Anat Levy compares herself to her opponent (that was appointed to the bench by Governor Sandoval to fill in for now Nevada Appellate Court Judge Jerome Tao).

Anat Levy’s opponent is running misleading commercials, representing that she was a Beverly Hills attorney with no trial experience. Levy has tried hundreds of cases in California, both criminal and civil.

Most people fail to understand that Nevada law is largely modeled after California and some Arizona law.  Levy has never had to have any trial in Nevada, because all her cases settled.

Levy is licensed in both Nevada and California, two of the most difficult states to pass the Bar Exam.

Clark County Nevada, is made up of folks from all 50 states and several countries, so we don’t understand why her opponent would think that voters will only use that as a reason to disqualify Levy from becoming a judge in Clark County.

In a video radio interview starting at 21:56

Levy disclosed the following about her opponent:

See all of Veterans In Politics Endorsed candidates General Election 2016: