You are here: Home / Home - Featured / Henderson City Councilman Sam Bateman Swims in a Sea of “Conflicts of Interest” in his Run for Henderson Justice of the Peace

Sam Bateman, Henderson City Councilman, is running for Henderson Justice Court Judge along with 5 other candidates.  But what seems to set him apart from his competitors is not just his fewer years of legal experience than 4 of his 5 competitors, but also the sheer number of conflicts of interest that appear to surround him and remain undisclosed to potential voters and his Henderson constituents. 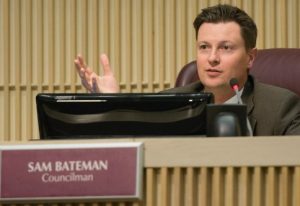 As a Judicial Candidate, Bateman must abide by the Judicial Code of Ethics.  A key aspect of the Code is the obligation to avoid “impropriety” and even the “appearance of impropriety.”  Yet, due to his position as a City Councilman while simultaneously running for Justice of the Peace in the same community, Bateman has developed a slew of conflicts of interest that he does not appear to address or disclose.  These conflicts can erode the public trust in both our government officials and in our judicial candidates.

Here is a summary of some of his conflicts:

Conflict of Interest in Vacating the Seat for Which He is Now Running: 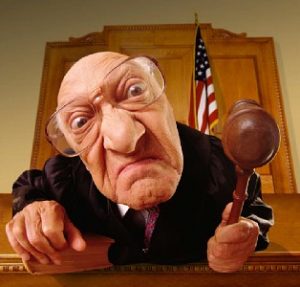 In recommending Burr for the lower court position, Bateman gave a six minute speech during a City Council session.   (http://henderson.siretechnologies.com/sirepub/mtgviewer.aspx?meetid=933&doctype=AGENDA)

Yet, Bateman never disclosed to the Council that he intended to run for the Justice Court seat that Burr would effectively vacate should he be appointed to the Municipal Court vacancy.

Since Bateman had a personal interest in the outcome of Burr’s move to the Municipal Court, Bateman should have disclosed this conflict of interest in his remarks and/or should have recused himself from the agenda item all together.

Bateman’s Conflicts of Interest in Getting Endorsements: 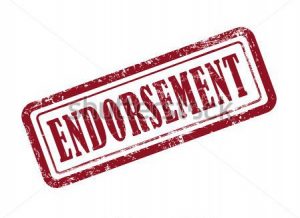 In spite of Bateman’s lesser years of legal experience, he has managed to obtain the vast majority of endorsements in Henderson, including all or almost all of law enforcement and fire department unions, reportedly without a single endorsement interview being conducted.   Could it have something to do with the fact that as a City Councilman, Bateman votes on these unions’ pay contracts?  Indeed these endorsements appear to be based more on the self-interests of Bateman and the unions than upon the merits of Bateman’s qualifications.  To our knowledge, none of the conflicts of interest involved in these endorsements have been disclosed to the public.

In one seemingly bright spot, one of Bateman’s competitors, Jeff Posin, was endorsed by Citizens for an Ethical Judiciary, instead of Bateman.  But sources say that in so doing, the head of that organization, Melissa Eccles, received a phone call from Bateman’s campaign consultant, the notorious Dave Thomas, irate that the endorsement did not go to Bateman.  Perhaps Thomas felt entitled to have his candidate endorsed since he is the one who reportedly recommended Melissa Eccles for her position as the head of Citizens for an Ethical Judiciary; indeed, the organization has appeared to bow to Dave Thomas’s candidates in the past. 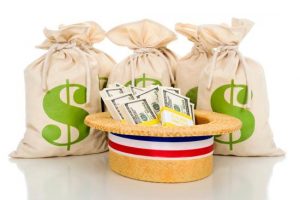 A review of Bateman’s campaign financiers reads like the Who’s Who of Henderson and surrounding businesses.  Interestingly, Bateman’s Contribution and Expense Report shows that he has raised more money from local businesses than all of his competitors, and has spent almost $207,000 on his race as of October 14, 2016, leaps and bounds more than all of his competitors put together!  By way of comparison, Jeffery Posin spent $10,763, Harvey Gruber spent $10,190, Gayle Nathan spent $6,368, Shane Zeller spent $5,338 and Michael Davidson spent $3,000.  Can it be that these businesses are buying political favor with Bateman, and win regardless of whether he wins or loses?  If he loses, he would remain a City Councilman, and if he wins, then he would become a Henderson Justice of the Peace.  Either way, he would be serving the same constituents.

Conflicts of Interest in Campaign Publicity and City Contracts: 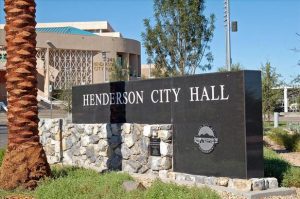 As previously reported in the Review Journal, three out of five Henderson City Councilmembers, Bateman, Gerri Schroeder and Debra March, each hired the PR Firm of Trosper Communications to work on their respective campaigns.  Thereafter, the City of Henderson awarded Trosper Communications a $30,000 consulting contract with the City.  Since the contract was for less than $50,000, no Council vote or mayoral approval was needed for the award.  Here is the link to the review journal article about this deal – http://www.reviewjournal.com/politics/government/pr-firm-counts-3-henderson-council-members-clients-also-received-city-contract.  Certainly, at a minimum these types of government contract awards, when coupled with personal relationships with council members, erodes the perceived integrity of our government officials.

The bottom line is this:  When reviewing judicial candidates, we should look for those who have the highest ethical standards and those who avoid impropriety and the appearance of impropriety.  Running as a judicial candidate and simultaneously engaging in situations which involve conflicts of interest, and then allowing those conflicts to go undisclosed, does not bode well for the ethical standard of the candidate.

Nevada has been besieged with judges who have brought ill-repute to the court.  It’s time to elect judicial candidates who have the moral fortitude to do what is right, even if it is against their own self-interest.

Our Veterans are ForgottenEveryone can be ethical when it’s easy- In a must see video interview Anat Levy discusses the differences between herself and her opponent for Clark County District Court Dept. 20