You are here: Home / Home - Featured / An open letter to Voters about your Clark County District Court Judge!

The Clark County District Court race for Department 20 is between Anat Levy and her opponent Eric Johnson. 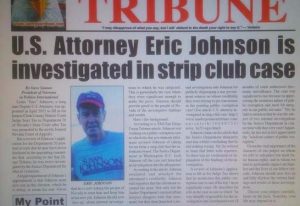 When we asked some voters why they would vote for Eric Johnson; here are some of the comments we have heard:

These are corrupt, bias and uneducated reasons why anyone would support any Clark County District Court Judge.

If you haven’t realized Judge Susan Johnson is not running for reelection!

This is what you need to know about Eric Johnson:

“A Judges decision impacts your life on a very personal level, for the rest of your life.” Don’t you owe it to yourself and family to know who they are?”

Nevada is the 5th most corrupt State in our Union. Why, because we allow it to happen!

“Did Eric Johnson Perjured himself for a Judicial Appointment to the Clark County District Court Bench?”Jenny Brekhus & Rhiannon Gladney & Chris Carver to appear on the Veterans In Politics video-talk show