You are here: Home / Uncategorized / Stavros S. Anthony & Michael Haines to Appear On the “Veterans In Politics” Video-Talk-Show

Stavros S. Anthony & Michael Haines to Appear On the “Veterans In Politics” Video-Talk-Show 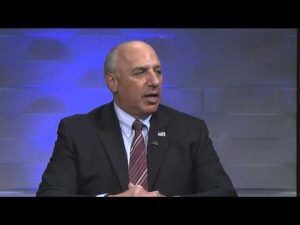 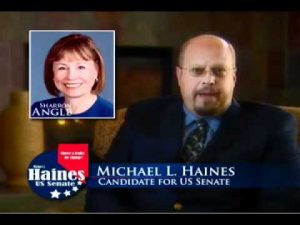 Richard Crane, formerly with Willick’s firm, guilty of sexual misconduct involving a minor and suspended from the practice of law.

A lawyer managed to get YouTube to delete my videos that was obtained by the Freedom of Information Act; before the case was sealed. The lawyer in this matter sent the presiding judge an email demanding that she persuade me to take the videos down, because it puts her in a “bad light”. Once I refused the lawyer sealed the case. Since the videos were obtained before the sealing and was taking down illegally, we have placed the videos on a multitude of channels. We will not be pushed around by people that think they are entitled or beyond approach.

Rule 5.02 only makes a hearing private, but does not prohibit anything else. The Order that was served does not apply because it was based on “Stipulation of the Parties.” WE are not a party to the case. The fact the case was sealed after the fact is prospective not retrospective and cannot change what has already happened. Next, First Amendment and good faith participation in public processes are absolutely immune from suit. Then there is the lawsuit itself – it violates NRS Chapter 1 which requires all actions involving the same parties in Family Court be heard by the same judge – meaning there is no subject matter jurisdiction in the District Court. This further supported by the fact it involves an order by Judge Elliot who is the only one who can enforce that order or issue sanctions – but again – that order only pertains to the parties that engaged in the stipulation. I see a counter for First Amendment retaliation and violation of immunity and then removal to US District Court on federal question involving violation of rights.

I received this notice from Facebook, indicating that this law firm owns my articles and a video that I received from the courts under the Freedom of Information Act. That I am in violation of copy right infringement signed under penalty of perjury.

If an agreement is reached to restore the reported content, please have the complaining party email us with their consent and include the report number.

Facebook complies with the notice and takedown procedures defined in section 512(c) of the Digital Millennium Copyright Act (“DMCA”). If you believe that this content was removed as a result of mistake or misidentification, you can submit a DMCA counter-notification by filling out our automated form at http://www.facebook.com/legal/copyright.php?howto_appeal&parent_report_id=307875176275756.