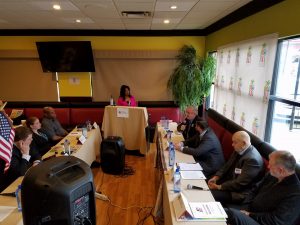 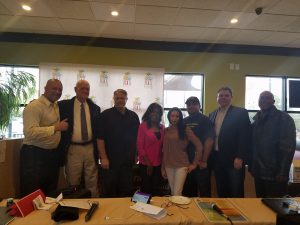 Veterans In Politics International is the ONLY organization in the State of Nevada that has this type of Transparency with regards to our endorsement process.

The process was open to the public, unedited no questions are known until they are asked, and no candidates are rubber stamped, no “back room deals, no financial gain, the panel members’ identities are not publicly released until the day of the interviews and we do not discourage any candidates from participating in other group’s endorsement process.

We are not intimidated by any other groups that interviews candidates and have a fair process.

The Invocation was given by Andre Haynes.

The video of each endorsement interviews are archived and on several social media channels including our website. If you don’t agree with who we have chosen to endorse, please educate yourself on the candidates.

The videos for each endorsement are broken down for your convenience (click onto the videos to view each interview).

The Veterans In Politics International has video recorded their interviews for the primary and general election of all the elected candidates that has the fortitude to be interviewed by our group.

We hope that these interviews will be helpful in the Primary and General Election by placing people in office that are knowledgeable, ethical, experienced, write laws that will benefit all Nevadans, able to put childish differences aside and do what’s best for Nevadans, put others before themselves, take the oath of office seriously, apply the true meaning of “public servant” and have a vision on resolving the problems that are facing our community and most important not to be influenced by outside pressure that are self-serving.