You are here: Home / Press Release / Jason Mitchell II & Larissa Drohobyczer to appear on the Veterans In Politics video Talk-show

The VIP Talk-Show is a trusted source of information. For more than a decade, Steve Sanson, Jim Jonas , co-hosts Brittany Nicole and Mantis Toboggan and guest co-host Christina Ortiz have informed the listeners about important local and national issues. Not only do they discuss major national issues, but they also bring public’s attention to multiple local issues affecting our community that other news sources choose to ignore. Past guests are politicians, candidates running for public office, organization leaders, published authors, business owners and citizens. VIP‘s involvement in local affairs has led to investigations of multiple government agencies and corrupt individuals. VIP received special recognition and multiple awards from government officials and non-profit organizations. 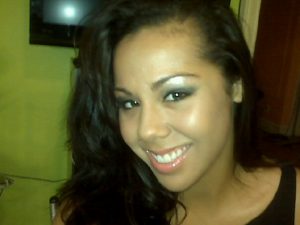 Brittany Nicole is an educator and passionate about teaching, justice, equality and politics. Brittany’s late grandfather a US Marine that witnessed the American Flag go up at Iwo Jima.

The 58 victims who died in Sunday’s massacre at the Route 91 Harvest Festival on the Las Vegas Strip. 36 women and 22 men died as a result of the shooting. The victims killed range in age from 20 to 67 years old.

At Stoney’s Country Bar for the Solidarity Concert to celebrate the survivors of the Las Vegas Mass Shooting. I am honored to stand with Christina GRUBER who was shot on that horrible night.
Steve Sanson president of Veterans In Politics International Inc. (TM)

Our city has faced a tragic moment in American history.  The mass shooting on the Las Vegas Strip has put a damper on the way we move forward in life. We are terrified that this cowardly act has merged its head. We would like to recognize the act of heroism amongst many Americans that were involved.  We pray for all that lost their lives and the many that have been harmed both physically and mentally.

Because of this we will postpone our Family Court Town Hall Educational Forum, until further notice. This forum was to educate litigants on the legal procedures in an effort to give them a better understanding of how the system works.

Our nation has many unresolved battles. We will continue to be a driving force no matter the obstacles that are placed before us, in an effort to help with the betterment of mankind.

Jobs for Veterans in the Los Angeles Area:

We are looking to hire veterans to work with us on our construction sites in Los Angeles.

From laborers to framers to plumbers and supervisors.  We would appreciate if you would call your L.A. contacts and have them contact us.  It is important to us to see that our veterans have jobs and job training.

looking for his missing 14 year old granddaughter/daughter all will appear as a special guests on the Veterans In Politics internet video talk-show Saturday September 30, 2017.