You are here: Home / Press Release / Peggy Leavitt & Mikey Kelly to appear on the Veterans In Politics video Talk-show

The VIP Talk-Show is a trusted source of information. For more than a decade, Steve Sanson, Jim Jonas , co-hosts Lena Ocasio and Mantis Toboggan and guest co-host Christina Ortiz have informed the listeners about important local and national issues. Not only do they discuss major national issues, but they also bring public’s attention to multiple local issues affecting our community that other news sources choose to ignore. Past guests are politicians, candidates running for public office, organization leaders, published authors, business owners and citizens. VIP’s involvement in local affairs has led to investigations of multiple government agencies and corrupt individuals. VIP received special recognition and multiple awards from government officials and non-profit organizations. 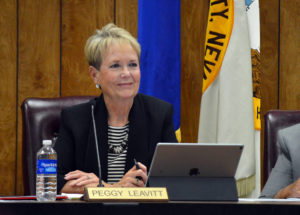 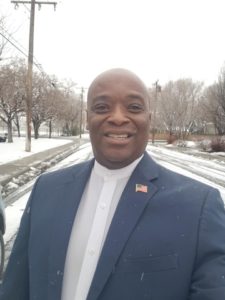 The Nevada Commission on Judicial Selection today announced 26 individuals have applied to fill three judgeships in the Eighth Judicial District Court. The applicants in alphabetical order are:

To be eligible, applicants had to be Nevada attorneys with 10 years of legal experience, two of those in Nevada. The applications have been posted on the Supreme Court website at http://nvcourts.link/NVJudicialSelection.

Interviews to fill the vacant position are scheduled for the week of March 11 at the Nevada Supreme Court Building in Las Vegas, and will be open to the public. In addition, the Commission will conduct background of the applicants.

Governor Steve Sisolak announced that he has appointed Commissioner Bonnie A. Bulla of Las Vegas to the Nevada Court of Appeals. Bulla currently serves as discovery commissioner for the Eighth Judicial District Court.

“I couldn’t be prouder to appoint Commissioner Bulla to the Court of Appeals,” Governor Sisolak said. “Her decades of experience practicing law in Nevada, including her extensive time in public service, make her highly qualified to serve as an appellate judge. I am confident Judge Bulla will bring the same skill and integrity she has shown her entire career to the Court of Appeals.”

Bulla was appointed discovery commissioner for the Eighth Judicial District Court in January 2007. She received her J.D. from Arizona State University in 1987; that same year, she moved to Las Vegas and became a member of the Nevada Bar. While in private practice, she primarily handled cases involving professional negligence. Bulla has been a member of the American Bar Association, where she served as speaker of the Young Lawyers Division, the Nevada Justice Association, the American Trial Lawyers Association, and the Defense Research Institute. She is also past president of the Southern Nevada Association of Women Attorneys as well as the Las Vegas Chapter of the American Inns of Court. Bulla is a 2018 recipient of the Liberty Bell Award and was a member of the Nevada Supreme Court Nevada Rules of Civil Procedure Committee.

Cherchio, Vella, Stevens, Harhay, Adams, Leavitt, Krueger, Blakely, and Mooneyham all Endorsed by the Veterans IN Politics InternationalMichael Yepko to appear on the Veterans In Politics video Talk-show