Veterans In Politics International (VIPI) have been court observing the Clark County Family Court every month since 2016 and our findings are credible and disturbing. The letter below explains the lack of transparency that has gone unchallenged for years in our family court system. 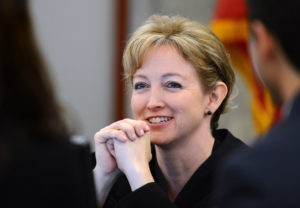 As you know, when people come to court to resolve their disputes, they should have confidence that the judges deciding their cases will properly apply the law to the facts of the particular case and render decisions that are fair and impartial.  Instead, unsound and legally infirm decisions are far too often the result.  Even more disturbing, is the fact they are not limited to a few select judges.  Depriving anyone of such a fundamental right is inexcusable and cannot be condoned.

I have devoted considerable time and effort as a longtime impartial observer of the Family Courts of Nevada.  During this time I have exposed a number of judicial errors and ethical violations.

Such awareness and knowledge is vital to an informed electorate and ensuring that good judges remain on the bench—and by the same token, that the bad ones do not.

In an attempt to evade accountability, the family court has essentially adopted a policy that excludes all individuals, except the litigants and their attorneys, from observing the case proceeding that is being heard.  While the justification of excluding all others from the courtroom is predicated under the guise of “the sensitive nature” of family court proceedings, allowing this “policy” to remain in place is an incredible disservice to the voters and public at large.

Indeed, in the past, courtrooms were accessible to the public (including all others awaiting judicial intervention) and a judge’s decisions and corresponding actions were generally observed by many.  This provided critical checks and balances that sadly, no longer exist.  When the public was allowed to observe the actions and decisions of the judges they elected, judges deserving of praise received it and those deserving of criticism encountered it.  That first-hand feedback was essential to informing an electorate so that an informed vote could be cast.

Now, with the policy in place, any comment is discounted because it is simply coming from a happy or disgruntled litigant; the objectiveness of the commentary lessens its effectiveness.  More importantly, now that a judge prevents anyone else from seeing what a judge does, or how they rule—because all proceedings are behind closed doors, judges are able to escape accountability.  In other words, now the public is deprived the very information that they are entitled to have, indeed deserve, in order to know which judges are fulfilling their ethical and legal responsibilities and those who are not.

I am writing to expose and address the elimination of the invaluable checks and balances that was provided when others, the public, the voters, were able to monitor the work ethic and product of the very individuals they elected.  With its elimination, good judges are denied the commendation they deserve and the undeserving judges are able to conceal deserving disapproval and censure from the voting public.  The unfairness that accompanies such a policy is undeniable.

Accordingly, I ask that you immediately address this issue and direct, in your capacity as Chief Judge, that all proceedings in family court, except in those rare times that a competing interest outweighs the public interest, remain open to the public.  While family matters are sensitive, it is disingenuous to rule that every proceeding warrants a closed hearing, and the exclusion of the public deprives the public, and improperly infringes, of the right of knowing and communicating “on matters relating to the functioning of government.”  See Richmond Newspapers, Inc. v. Virginia, 448 U.S. 555 (1980); see also David Copperfield’s Disappearing, Inc. v. Eighth Judicial Dist. Court of Nev., 2018 Nev. App. Unpub. LEXIS 272.   Clearly, there is no legal basis to close all family court matters and a judges desire to skirt answerability is unacceptable.

The foundation of the judicial system is fairness and justice—predicated upon responsibility and accountability.  Preventing the public from monitoring the process and knowing whether these fundamental principles are being upheld is patently unconstitutional and harmful.

I am sure this practice has evolved without your acquiescence and will not be condoned.  I thank you in advance for your attention to this matter and your service to the citizens of the State of Nevada.