Veterans In Politics International (VIPI) wrote an article entitled “Do Judges work a full 40 hour work week?” https://veteransinpolitics.org/2019/03/do-judges-work-a-full-40-hour-work-week/. We are devastated by the lack of transparency and oversite that has run rapidly for far too long.  The unethical behavior and cover-ups of most of these judges that took an oath to protect and serve the constitution of these United States and Nevada constitution have been now normalized and they will do anything to protect it from being uprooted. 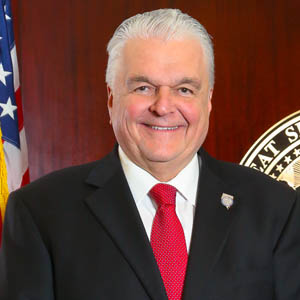 Historically, you have displayed an invaluable combination of intellectual ability and common sense that has truly benefited not only your constituents but the citizens of the State of Nevada as a whole.  Time and time again you have shown the ability and willingness to make the tough decisions for the right reasons.  Because of the devastating impact AB 43 would have on the judicial system, it is incumbent that you ensure the public is receiving the benefit of competent and devoted judges.

By way of a fitting backdrop, I remind you of one of the more memorable scenes of The Wizard of Oz, when Dorothy’s dog Toto sneaks behind a curtain while Dorothy, the Cowardly Lion, the Tin Man and the Scarecrow are being affronted by an enlarged image of the wizard—who talks with an intimidating and booming voice, accompanied with light effects and smoke designed to create the aura of an actual wizard.  Toto tugs open the curtain—revealing a diminutive old man who is talking into a microphone as he pulls levers and presses buttons that create the desired illusion.  Once exposed, the man jumps up and yells into the microphone “Pay no attention to that man behind the curtain.”  However, such awareness was critical because it established reality contradicted perception. This letter exposes the reality of our judicial system—and as it pertains to AB43, Family Court in particular, and the orchestrated abuses that have been withheld from the public.

AB 43 seeks to increase the number of district judges of the family court.  Apparently, the proponents of the Bill rely on the undeserved belief that there is a need for the additional judges.  The truth is, there is no need for additional judges, especially in family court.  During your tenure as chairman of the Clark County Commission, you remained a faithful advocate for public access to government records.  I have devoted considerable time and effort as a longtime impartial observer of the Family Courts of Nevada.  During this time I have exposed a number of judicial errors and ethical violations, but the most egregious of those violations have remained concealed from the very public that elected those judges.

There are currently twenty (20) family court judges in Clark County, and the overwhelming majority—if not all, do not work full time.  As you know, the arrival and departure of each judge, to and from the courthouse, is recorded each and every day and maintained.  I have requested those records to confirm the hours and days that judges are at work and when they are not.  Sadly, Court Administration refuses to provide the verification that will prove the actual hours a judge works or is even at the courthouse.  Hence, we elect judges based upon the expectation that they truly work fulltime but are never allowed to know the identity of those that do not.  This is critical information that you should immediately obtain and review.  Those records will confirm, unequivocally, that the majority (if not all) family court judges do not work fulltime.

Parking records will confirm how many hours those judges are even at the courthouse and which days they chose to not show up at all.  Those numbers alone will prove to be quite disturbing.  Another troubling abuse is the use of the Senior Judge program—initially designed to provide relief to judges that were unable to tend to their duties due to sickness, it has been expanded to allow elected judges to take vacations and defer adjudication of their assigned cases to senior judges.  These records will identify which judges were not at work for specific times each year.  Judges also have control of their own calendar, and with such power, they often block off particular days—whether it be a Monday, Friday, or days preceding or following holidays, so that nothing is set by the clerk’s office, and they are allowed to shorten their workweek or lengthen their vacations, without anyone knowing.  A review of these records will identify judges that consistently work a three (3) or four (4) day work week.

With so many judges that are abusing the trust that was bestowed upon them by the voting public, it is a disservice and insulting that they are allowed to evade accountability for their actions.  Every voter should know which judges are not working fulltime.  Rather than work fulltime, those elected officials are expecting us to believe that more judges are needed, when the records will confirm the judges don’t work a full week now.

As you know, Family Court is in disarray and understandably suffers from a very poor, but well deserved, reputation.  The decisions that come from the family court are far too often inconsistent and unjust.  Judges are more concerned about clearing their calendars than helping families.  In fact, it is shocking that those that are elected to Family Court, realize a pay raise.  Clearly, too many were not that successful as a practicing attorney—but managed to run a successful campaign.  Keeping their incompetence and abuses are primary objectives.

As it stands, the electorate is not informed.  There are relatively few judges that are considered competent and deserving of retention.  The majority know that given the limited number of quality or worthwhile candidates that will campaign for a judicial position, they don’t have to be one of the best judges—just not one of the worst.  When a judge is challenged, it is ordinarily because they are considered among the worst and the most vulnerable.  If the public was apprised that the family court judges do not work full time, there would be a greater likelihood that they would be replaced by those who are more deserving.  At the very least, it would result in judges working fulltime and eliminate the need for more judges.

Twenty judges are up for reelection and even if no new judges are added, they will more than likely not all face opponents—even if it is disclosed that they are not working fulltime.  There are several judges that will not seek reelection this upcoming cycle—which means if a qualified candidate desires to run for a judicial position, they will undoubtedly opt for an unopposed (open) seat rather than face an incumbent.  If six new judges are added, when coupled with the open seats that are currently known, the reality is those judges that truly should not be on the bench will not face opposition and will remain—working part-time and subjecting the public to another six years of incompetence.

I implore you to obtain the records so that my findings can be validated and you will conclude that not only is there no need for additional judges, expanding the court will simply facilitate the retention of bad judges—and in so doing, Family Court will continue to be a failure to most.  I encourage you to speak against the passage of AB 43, and should it reach your desk, to veto it.  Doing so would send a strong message that you will not condone abuses of the judicial system and the public trust.  It would also enable you to take the millions of dollars and dedicate them to the other causes that are worthwhile.

I know this is somewhat lengthy but is just the tip of the problems that have remained unaddressed and undisclosed.  I not only remain willing to meet at your convenience; I can bring others with firsthand knowledge of these abuses and others.  I close by repeating:  There is no need for any additional judges in Family Court.  I trust you will not allow the needs of Nevadan’s to fall victim to a bill that has such disastrous consequences.

A true leader has the confidence to stand alone, the courage to make tough decisions, and the compassion to listen to the needs of others. He does not set out to be a leader, but becomes one by the equality of his actions and the integrity of his intent.” –Douglas MacArthur

I have devoted considerable time and effort as a longtime impartial observer of the Family Courts of Nevada.  During this time I have exposed a number of judicial errors and ethical violations.

While family matters are sensitive, it is disingenuous to rule that every proceeding warrants a closed hearing, and the exclusion of the public deprives the public, and improperly infringes, of the right of knowing and communicating “on matters relating to the functioning of government.”  See Richmond Newspapers, Inc. v. Virginia, 448 U.S. 555 (1980); see also David Copperfield’s Disappearing, Inc. v. Eighth Judicial Dist. Court of Nev., 2018 Nev. App. Unpub. LEXIS 272.   Clearly, there is no legal basis to close all family court matters and a judges desire to skirt answerability is unacceptable.