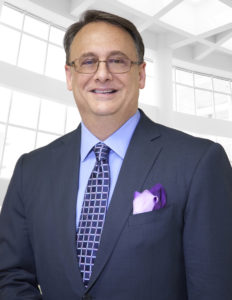 Clark County Nevada
April 6, 2020
Judge Scotti is currently the District Court Judge for Department 2 of the Eighth Judicial District Court handling both Civil and Criminal cases.  In addition to his caseload, Judge Scotti serves as the chief of appeals for all misdemeanor convictions and summary eviction matters within Clark County.  In the past, he has also presided over both Veterans Court and DUI Court.
Judge Scotti received his juris doctor with high honors from Hastings College of Law in 1988.  Prior to that, he graduated cum laude from the University of Southern California with degrees in International Relations and Political Science.  Before entering service on the bench, Judge Scotti started his legal practice working for attorney Morton Galane in Clark County.  He eventually moving on to Kemp, Jones & Coulthard, LLP where he eventually served many years as a partner in the firm.
Judge Scotti was elected twice by his peers to serve as one of the Governors of the State Bar of Nevada where he helped to manage many aspects of the Nevada legal profession.  One of his biggest accomplishments is his work on the Clark County Professional Committee, where he helped develop and promote the Lawyers’ Pledge of Professionalism.  Still used today, this Pledge encourages lawyer civility, respect, and integrity towards the public and legal community.  He is an accomplished legal professional having written legal columns for the Las Vegas Review-Journal, serving as a member of the State Bar Client Security Fund Committee, Arbitrator and Regional Director of the Fee Dispute Arbitration Committee, Mediator for the Nevada Foreclosure Mediation Program (an appointment from the Nevada Supreme Court), and serving ten years as a Supreme Court Settlement Judge at the request of the court.
In addition to his love for the law and public service, Judge Scotti enjoys spending time with his loving wife of over thirty-two years and his two grown children.
We are extremely proud to put our support behind Judge Richard Scotti. Judge Scotti is now endorsed by both Veterans In Politics International and Nevada Veterans Association.

What You ‘Need to Know’ about THIS Judge—Educate Before You Vote!