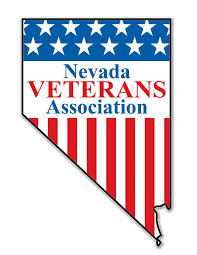 It is no secret that Veterans In Politics International has always served as a voice of veterans and the downtrodden left behind by a corrupt court system.
We have been there to serve these groups since the beginning, and we will continue to serve those we have chosen to protect.
When we saw a venerable institution like the Nevada Veterans Association wither from what it once was several years ago to a barely visible presence in the community, we knew we had to do something. We needed to make sure this great veterans organization didn’t die out.
In February of this year, Steve Sanson of Veterans In Politics International made the decision to register Nevada Veterans Association as a non-profit so that it could continue to do good for veterans in Nevada.
Unfortunately, individuals long-ago associated with the group have insisted on using the now registered name for their own purposes. They became the cronies of the Nevada Court Watchers PAC, a group that has made threats to honest, dedicated candidates if those candidates decided to seek endorsements from VIPI’s rigorous candidate vetting process. Nevada Court Watchers has made exaggerated accusations against Steve Sanson and VIPI.
These are accusations that come from, not a place of justice, but a personal vendetta by the individual organizers of that group that shall go unacknowledged.
That is why, in order to continue the good work of Veterans In Politics International through the Nevada Veterans Association, we would like to make an announcement to the group masquerading as Nevada Veterans Association. Consider this a public cease and desist. You are unauthorized use of the trade name of Nevada Veterans Association and the design used to depict its name by using it to falsely represent your organization.
According to the Nevada Secretary of State’s office, Steve Sanson is the owner of the trade name, Nevada Veterans Association, and the design used in depicting its name under the following mark number: 202000033340-48.
Therefore, Steve Sanson has the rights, including but not limited to, restrict, prevent, or limit the use of the trade name and design in order to protect it against any misrepresentation.
Steve Sanson and Veterans In Politics International demands that you immediately cease and desist in any additional use of our trade name and design that will likely cause misrepresentation in relation to our activities on behalf of veterans in Nevada.
If you continue to fail to comply with the aforementioned demand, we will have no choice but to pursue all legal causes of action, including the filing of a lawsuit to protect our interests. Consider this article as a pre-suit notice for a lawsuit against you and failing to correct your action will likely make you liable for any damages the court determines we have suffered as a result of your infringement.
Veterans In Politics International wants nothing more than to have this issue amicably settled to avoid any future legal challenges and remedies due as provided by State and Federal laws.
We are in this fight to help veterans and the downtrodden in our system. With the current climate of fighting against corruption and injustice, it is imperative that there be a united voice fighting for the less fortunate.
Veterans In Politics International and Nevada Veterans Association are here to fight, and we don’t need this kind of confusion interfering with our good work.
In closing:
We would like to thank all the candidates that participated in this year’s election and we will continue our fight all the way to the General Election.