You are here: Home / Endorsement Interviews / Veteran goes off the chains! 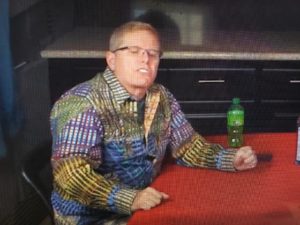 Veterans in Politics Video Internet Talk Show interviewed Michael Prescott on Saturday, June 6, 2020, to discuss the Truth about Police and Political Corruption. The discussion was raw and unfiltered. Prescott’s views in our opinions are not the views of our organization, but it is his right to voice his opinion.

Our host was discouraged by many of the verbiage used by Prescott and we do not condone many of his solutions on current issues.

In the 15 years, of the Veterans In Politics Video Internet Talk-Show Program, we have never had anyone walk off the set.  Our guest host Steven Jonas refused to tolerate any more of the discussion and left the set during a live broadcast.

This is one of the reasons Veterans In Politics does not rubber-stamp a candidate because he or she is a veteran. We believe it’s the best person for the job. However, we do encourage veterans to run for political office and become involved within our electoral process behind or in front of the camera.

Many of Mr. Prescott’s views we do not condone!

But there are many Americans that feel the same way.

What should we do?

Why do people in this country have such a hatred towards our government?