You are here: Home / Home - Featured / Discrimination within the LVMPD-A culture of corruption!

Coleman stated “They are not all bad” 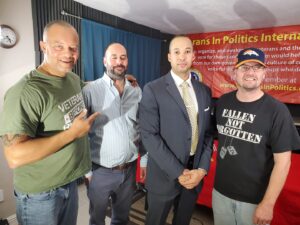 Officer Coleman stated in the interview that he always wanted to be a police officer, he was born and raised in Las Vegas Nevada. Coleman explained that there is a culture within the LVMPD, whistleblowers are not tolerated within the department. If you rat on your fellow police officer, you will have a bullseye on your back. Funny and hypocritical how the LVMPD wants you to rat on everybody else!

Coleman talks about the constant racial and discriminatory acts that happen in-front of high-ranking officers, but all of them turn a deaf ear and a blind eye. Coleman mentioned an incident that officers used excessive force against a juvenile and when another officer reported the incident, that officer was blackballed and eventually resigned from the department because nobody wanted to work with him.

When asked if profiling exists within the LVMPD, Coleman answered “absolutely”! Coleman also stated that the US Constitution is not taught in the Police Academy, it’s not on any LVMPD manuals, literature, or handbooks… especially when it comes to unlawful search and seizure that is covered under the Fourth Amendment of the United States Constitution, but not mentioned within the LVMPD.

Coleman talks about how Domestic Violence disappears when you are a high ranking officer within the police department. Coleman indicated that he contacted the American Civil Liberties Union (ACLU) and National Association for the Advancement of Colored People (NAACP) and none of these civil rights organizations has any gonads to take on the police department, which also includes many law firms in this town.

Coleman’s employment was terminated from the department because of insubordination, but yet you could kill an unarmed civilian and still be employed with the police department, go figure!

A federal lawsuit has been filed against the LVMPD.

Coleman lost his wife and children in a divorce proceeding over the LVMPD handling of this matter.

This is our police department folks!

Please click on the Las Vegas Review Journals article below:

District Court Judge Michael Villani explains how things are done in Department 17!“A right not exercised is a right lost!”