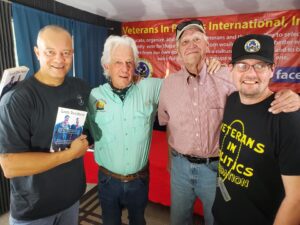 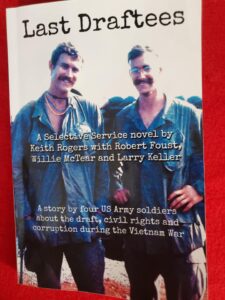 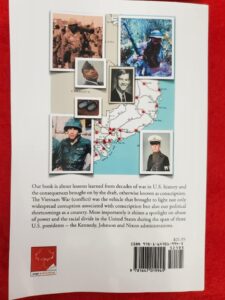 Veterans In Politics International interviewed two Vietnam Veterans turned authors, Keith Rogers had a 40-year journalistic career he became a Journalist for the Las Vegas Review-Journal with his own veteran column. Rogers wrote many stories on the hurray of veteran’s issues. The second author Robert Foust Disabled Vietnam Combat Veteran. Foust became a professional baseball player and when that ended he was a huge distributor of marijuana in the United States, because of the illegal nature at the time he was incarcerated for four years in a Canadian prison for transportation of Marijuana across country lines. The book entitles “Last Draftees” is a must-read that crosses many political and racial lines during the Vietnam error (click onto the link to purchase your book: https://lastdraftees.com/.

To view the video interview click on the link: 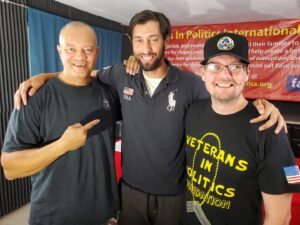 Jason D’Souza joined the Father’s Rights movement in Orange County California because of the toxic family court system. D’Souza hailed from California is now a resident of Las Vegas explained his horrific experience with the California Family Court System and was awarded a Lifetime Stay Away order from his ex and small son. Here is the kicker there was never an evidentiary hearing and D’Souza was never afforded an attorney because a Lifetime Stay Away Order has the same effect as the termination of parental rights. D’Souza said there is no reason why he should be banned from his son. D’Souza stated on the record that he has no blemish on his record with the exception of a speeding ticket ten years ago. D’Souza like many parents is fighting to be in his child’s life.

“A right not exercised is a right lost!”Land of Confusion!