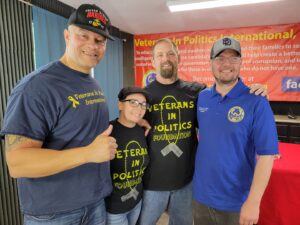 Where the Rule of Evidence does not apply!

Jason Snow married Megan Snow both live in the same household. Jason Snow has been a step-father to his wife’s daughter for the past five years.

Megan Snow is deemed a vexatious litigant preventing her from defending herself and fighting for her child. This same hypocritical rule does not apply to overzealous attorneys who file tons of documents just to increase attorney’s fees on both sides.

Megan Snow is not allowed to file any more paperwork on her case, custody modification is to be removed from her vocabulary, and if she does file for modification she would be “sanctioned” so ordered by Family Court Judge Soonhee “Sunny” Bailey.

What happened to the right to a fair trial?

Jason Snow has to leave his home for two days when his wife Megan Snow has visitation with her daughter. Jason Snow has to find somewhere else to live every Thursday and Friday since 2018, leaving his wife, his biological 3-year-old son with Megan Snow and his step-daughter.

It’s alright for Jason Snow to live with his 3-year-old biological son, but it’s not alright for him to be around his 7-year-old step-daughter, just because Megan Snow’s ex does not like Jason Snow.

There is absolutely no reason why Jason Snow should be removed from his home when his step-daughter arrives for her court-ordered visitation. With no end in sight. Is this in the best interest of the child?!

Where is the ACLU?

The US Constitution is eliminated in Clark County Family Courts.

A Congressional Investigation and a Federal lawsuit have to be in place because our local government has failed voters in family court.

Just when you believe you have heard everything. Listen to this explosive interview.

Should We Segregate Black Americans in this country?A Guide for Veterans Who Want to Start a Business