You are here: Home / Press Release / Chris Hyepock & Cedric A. Kerns to appear on the Veterans In Politics video-talk show 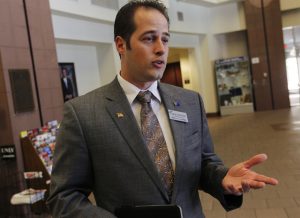 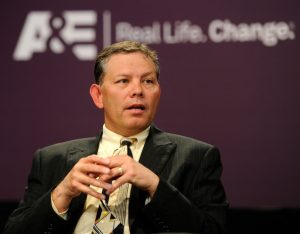 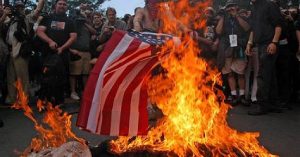 Many of you might have seen my post to make public burning or defacing of the American flag a “Hate Crime”.

This post is for those folks that throw the first Amendment around like they were passing out candy on Halloween.

These are the same folks that would be up in arms if I talk in a negative way about someone’s sexuality, race, disability or religion.

Isn’t that protected under our first Amendment as well?

I don’t choose to attack someone based on those factors because I have respect for myself and others.

Let me explain my position on burning the American flag:

I have served in both the United States Marine Corps and in the Army, a combined total of 12 years. I am a service-connected 100% disabled Gulf War veteran, and by the way, I am not a “Natural Born Citizen”.

There are folks who believe they can relate to being a veteran because they had a family member in the service.  They then claim the right to burn the American flag as a sign of protest.

Let me be the first to tell you, you cannot know what it’s like to fight for your country until you put on that uniform.

You have no idea until you yourself have served in combat.

You have no idea until you have seen the horrors that a man can do to another.

You have no idea until you are ordered to do the same to another man.

You have no idea until your brother-in-arms dies in front of you, before your very eyes.

You have no idea the feeling you have when you are in a foreign land and you see the people raise the American flag proudly.

Sure, we are not a perfect country.  We have our problems, but we are all we have.

If you want to change the suicide rate, the incarceration rate, the homelessness rate, the lack of employment and the lack of medical care amongst our military veterans, do you think that burning the very flag that we fought for is going to make us feel better about ourselves or better about fighting for this country?  Do you think that burning our flag and hurting our returning heroes will fix the problems in America?

If so, you are sadly mistaken! It’s like burning down your neighborhood because you are angry at City Hall.

To solve the problem we have to get involved.  I know that burning the American flag or flying it upside down is easier, but getting involved is what causes change.

While you may think that the American flag is nothing but a piece of cloth which can be used as needed to make a point, it’s actually the single most prominent symbol of “freedom” and our very way of life.

How can we expect other countries to respect our country, if our own people are making a public spectacle of its flag and burning it?

Americans have fought, bled, and died for the American flag for over 241 years.  What gives you the right to disgrace their sacrifices?  We can express our anger by getting involved and seeking changes.  We should not express it, or pretend to be involved, by showing contempt and hatred for the American flag, the very symbol of America and its people, the very place we’ve chosen to call home.

Governor Brian Sandoval announced the appointment of Judge Lidia Stiglich to the Nevada Supreme Court District G on November 10. The appointment is effective January 2, 2017. Stiglich will replace Justice Nancy Saitta, who resigned from the court in August 2016. The selection was made following interviews with the three finalists who were recommended by the Nevada Commission on Judicial Selection.

Stiglich was appointed to the Second Judicial District Court in November 2012 and was retained by voters in 2014. As the presiding judge in Department Eight, Stiglich hears civil and criminal trials. In addition to the duties in Department Eight, Stiglich serves as the probate judge for the district. She is also the presiding judge of the Youth Offender Drug Court. This specialty court was designed for the young adult population who are opiate/heroin users, as an alternate sentencing/rehabilitation program.

Stiglich graduated from the University of California, Berkeley with a Bachelor of Science in business administration, emphasis in finance. She received her Juris Doctorate from the University of California, Hastings College of Law. Stiglich’s experience includes significant federal and state criminal and civil matters, as well as administrative law. She is admitted to practice law in Nevada and California, and resides in Reno, where she participates in several community organizations.

Do you have an issue with any social behavior or mental health?  Call Faith Ind And Family Counseling and get the help you deserve.

veteransinpol@aol.com or if you would like to place a commercial on anyone of our shows please dial 702 283 8088.