You are here: Home / Home - Featured / Michael L. McDonald Candidate for Nevada State Assembly District 20 unfairly arrested for the 2nd time since he filed for Office

“Why keep using tax dollars to put this man in jail” 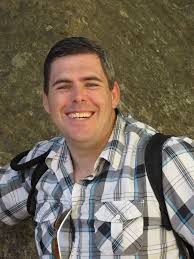 McDonald became an activist against the corruption in Clark County Family Court when he was incarcerated for 6 months and placed in the Clark County Detention Center for phoning his children.

Since then McDonald has had a bulls-eye on his back. McDonald has repeatedly been fighting the corruption within the Family Court System making him a target due to him making efforts to hold the judge accountable for her poor choices on the bench.

Every time he appears in the Clark County Family Court on his own case, at least four Court Marshals are standing on guard, due to Judge Linda Marquis feigning being ‘afraid’ of McDonald.

Marquis has kept McDonald from his children for over 18 months with zero contact.

McDonald decided the only way to change the system is to become a legislator, so he filed for the Nevada State Assembly as a Republican against incumbent Democrat Ellen Spiegel. Since the moment he filed McDonald has had a parade of unwarranted arrests.

McDonald was arrested several weeks ago for wiretapping he is currently out on bail and now today we learned he is currently in the Clark County Detention Center on forgery, burglary, and Offering False Instrument for Public Office Filing. A charge no one has heard of before! False allegations to keep him out of the race.

This is what happens when you go against the system, it is time we all take notice and rid ourselves of the corruption that has been plaguing us for way too long.

McDonald is firmly denouncing and all charges against him.

Why fight for your children in a corrupt Family Court System?Richard E. Hawkins & Jim Small to appear on the Veterans In Politics video Talk-show