You are here: Home / Home - Featured / Why fight for your children in a corrupt Family Court System?

This is what Michael L. McDonald is fighting for his two children below. Granted some of his tactics might be questionable, but put yourself in his shoes. Clark County Family Court Judge Linda Marquis eliminate all communication from McDonald from seeing his children. A civil death that has lasted over 18 months. Some will say he is mental, “really” who wouldn’t be mental if someone took your children away from you? In our society today some Father’s don’t want anything to do with their children. Since this ordeal has started McDonald lost his home, his job, and his reputation. McDonald did 6 months in jail for calling his children, another several day’s in jail and more time hanging over his head for wiretapping, the same judge allowed wiretapping in a prior case with no penalty, and now he is currently in jail for falsifying court documents. How many parents would have given up on their children, but McDonald kept fighting. McDonald has done nothing different than what many Family Court attorneys are doing in cases, then sealing them to cover up their ill will. I believe this is just a ploy to intimidate other litigants from moving against an extremely corrupt system. This can be a blessing in disguise, hopefully, McDonald’s case can shed more light on the corruption that has plagued our community for years. 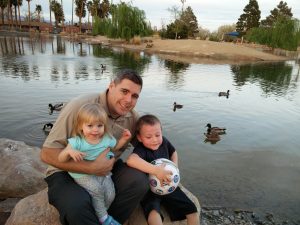 Noel Searles & Robert Zavala to appear on the Veterans In Politics video Talk-showMichael L. McDonald Candidate for Nevada State Assembly District 20 unfairly arrested for the 2nd time since he filed for Office