You are here: Home / Press Release / Daniel Hofstein & Ron Knecht to appear on the Veterans In Politics video Talk-show 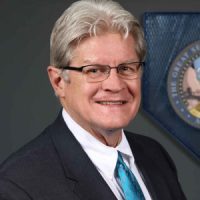 1) Install the 7th Amendment within the Family Court System, a right to a jury trial.

2) A child has the right from the age of 12 years old to choose what parent they would like to live with.

3) A Judge cannot relocate a child unless there is proof that a relocation would save the life of the child or the other parent is not involved in the child’s life.

4) If there is 50/50 custody there is no need for child support from either parent.

6) All accusations must accompany proof if there is no proof of the accusations the court cannot take that accusation into consideration.

7) A Judge cannot be a debt collector for the attorney or third party entity and cannot use a child as a sword and deny a parent access to their child.

8) Parents can use third-party entities such as a psychologist, therapist that is approved by their insurance carrier.

9) A child cannot be interviewed by a judge or opposing counsel without a child advocate or attorney representing the child and both parents must split the cost.

10) A pro-say-litigant should not be responsible for opposing litigant’s attorney’s fees.

11) If a judge or attorney violates a litigants Constitutional Rights, State Laws, Court Rules, or their Code of Ethics immediate sanctions will be imposed.

12) If an attorney knowingly lies in court written motions or verbal testimony immediate sanctions will be imposed.

13) A family court judge cannot force a litigant to take a drug test; there are laws that already cover this indicating only criminal court judges can impose a drug test.

14) An attorney cannot inflate their bills if they do there will be immediate sanctions.

15) An attorney cannot withdraw from a case without advising the court in writing and the court must give the litigant an opportunity to retain counsel within 30 days before moving forward in their case.

16) A judge must advise both litigants if an attorney or their law firm before them has given them $1,500 or more in campaign contributions and must put on the record if there is any personal or professional relationship outside the court between judge and attorney/judge and litigant.

17) There must be An Inspector General that will oversee all courts by court observing, investigate litigant’s complaints and file formal charges with the Nevada Judicial Discipline Commission, Nevada State Bar, Nevada Attorney General or the US Attorney’s Office for further investigation and/or prosecution.

18) If a DNA indicates that you are not the father of the child, you should not be responsible for any needs of the child and any money that has already been paid must be returned.

19) A judge cannot terminate all communication between a parent and child unless that parent physically abuses the child.

20) If you knowingly abandon a child for six months or more without a solid justification you will lose your parental rights.

21) The Department of Family Services cannot take a child from a parent unless there is significant evidence of abuse or neglect/ child’s life is in danger, that parent must have a hearing before a judge and has the opportunity to be represented by counsel. The parent must be given sufficient time to get their act together. The family of the parents is first in line to take custody of the child before placing the child in the Foster Care Program.

Listen to the Rants and Watch Charles McChesney discuss mental health. Watch Burke Hall discuss how Family Court Judge Sandra Pomrenze gives his child to the mother who had one child die in her custody and have multiple felony convictions. Watch Michael McDonald discuss how he was arrested several times just because he wants to see his children. Right now he has zero contact going on two years. On the Veterans In Politics talk show