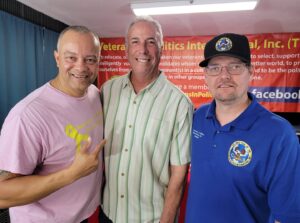 The District Attorney’s Office lobbied for Criminal Justice and Bail Reform in the last legislative session.

Wolfson’s office help to create the Initial Appearance (IA) Court where you can see a judge within 10-20 hours a 7 day per week court. This court was formed if you cannot afford bail.

Wolfson explains the bill to abolish the death penalty. Wolfson said last year his office only filed for one death penalty case.  Wolfson believes the death penalty should exist for extreme cases, he gave an example of “One October” where one man killed 60 people from a hotel room in the Mandalay Bay hotel & casino.

Wolfson believes that the best way to abolish the death penalty or not; we should have the question on the ballot and let the voters decide.

We all believed in background checks to ensure that the mentally ill do not have weapons.

Wolfson believes that there are people in prison who did not commit the crime.

Wolfson explains that his office created the Conviction Integrity Unit, the way it works is if new information is found on a case they will investigate.

Wolfson discussed the Specialty Courts especially Veterans Treatment Court and how the District Attorney’s office approaches and embraces this type of treatment court.

Wolfson said he has and will continue to promote diversity and competency in the District Attorney’s Office.

When the host asked if Steve Wolfson is running for re-election or Governor, we didn’t get a straight answer. But we will see.

Please click on the link below to view this great interview:

Mr. Don Ahern has graciously offered to provide us a venue that will be large enough for both members and guests to comfortably attend in accordance with our Standing Rules, which call for all meetings to be open to the public. All members will need to obtain a new copy of their credentials for the meeting in order to participate, so please arrive early.

After consulting a Certified Professional Parliamentarian recognized by the American Institute of Parliamentarians and recommended by the RNC, it has been determined that the term of office for all of the former CCRCC officers has now expired per Section 4.2 of the CCRCC Bylaws. As a result, it falls to us, the members of the Central Committee, to reconvene our recessed meeting that was started July 20 and complete the elections for all vacant offices and other necessary business. The first order of business upon reconvening will be to elect a temporary Chairman to officiate the meeting and facilitate the completion of the remainder of the business on the agenda, including the election of all officer positions.

Please refer to the original Call to Meeting email for copies of the Agenda and resolutions up for consideration.

We look forward to concluding the meeting in the fairest, transparent, and efficient manner possible. Thank you for your support! 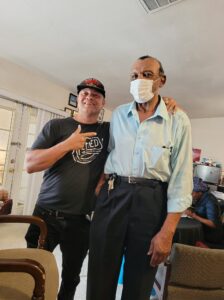 Help me to wish my friend Harvey Munford a happy 81st birthday. Harvey Munford is a former Clark County School teacher of 36 years and former Nevada Assemblyman of 16 years. Harvey has a heart of gold. But what’s upsetting to me is that his own political party has never given him the respect that he so graciously deserved when he was a legislator. Harvey, we love you brotha, you have always been an outstanding person and a great state’s man. My hat goes out to you Assemblyman Harvey Munford…