You are here: Home / Endorsement Interviews / Who is John Lee? North Las Vegas Mayor & Gubernatorial Candidate for the Great State of Nevada! 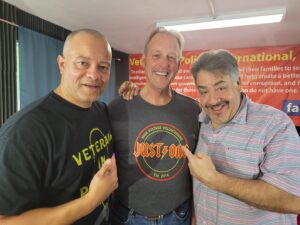 Lee believes in Nevada first, fixing the infrastructure of our state should be a priority.

Lee said if we keep the same Governor in office, he will take our state backward 20 years.

Lee said he has a natural curiosity to make business and government work better is the reason why he became Mayor of North Las Vegas.

When asked what his top three accomplishments he accomplished in North Las Vegas which is the third populated city in the state.

Lee said fixing the financial, infrastructure and becoming financially independent. Lee also believes in surrounding himself with the right people. Lee said, “We can’t do it alone”. 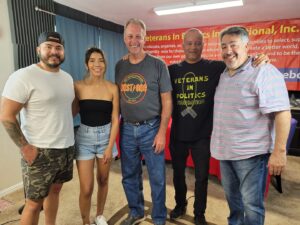 Lee was a registered democrat for 25 years. But he said he was never entrenched with the party. Lee said that the party wasn’t going in the current direction that would uplift the country.

Lee said he believes the Republican Party can fix this country and put it on the right path to unify the American People.

Lee told his city council that he counts on them to build their district so he can concentrate on the future by working as a team.

Lee believes in term limits for judges and more structure should be in the process.

Lee believes the Governor should meet with all city mayors and county commissioners.

Lee said that a Governor should be patriotic to his country and state and respect the American Flag.

Lee is a cancer survivor and he knows how it is to fight and keep marching forward.

Lee said the next political year is going to make us or break us as a country.

North Las Vegas Mayor John Lee is vacating his seat and said that the new Mayor needs to be a visionary given an opportunity to business and the residents for the Great City of North Las Vegas.

Elect people who you can trust!

Please click on the video interview below and decide: