You are here: Home / Home - Featured / Unveiling the “Snakes” of the Clark County Family Court! 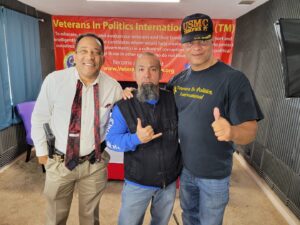 Arevalo has been in the family court system for 24 years.

The corruption is huge, with Judges and Attorneys sitting on the same boards together and attorneys appearing before the same judge.

Judges that worked for the same law firm when they were an attorney and never recused the firm once they are a judge.

Taking disability payments from Veterans and First Responders. That is protected under federal law.

Attorneys hired by a judge to help out a family member, but still, have the same attorney appear before the court and not recusing them.

Arevalo spoke about Marshal Willick’s disability. Arevalo continued by saying that Willick over charges litigants, bills them for an active attorney who is actually a suspended attorney, having a convicted sex offender working in his law firm, and his misdeeds in Carson City as a law clerk. Arevalo stated that Willick encourages his clients to lie because it’s family court.

We are not criticizing the entire family court system, but there is much more work to do in an effort to rid ourselves of the remaining snakes within the system.

We need a Deputy Attorney General to oversee the family court Cabal!

We don’t want to say anything more because we would like you to watch the video.

Bigelow has announced his candidacy for City Council on Veterans In Politics talk showClark Bossert runs for Congress for the “sake-of-freedom”!