You are here: Home / Endorsement Interviews / Keenan SOS candidate said “We have to fight the culture of corruption” 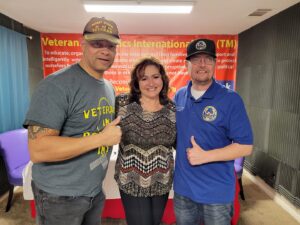 During the first 24 minutes into the interview, Keenan spoke about everything except for the duties or anything to do with the Nevada Secretary of State Office which she is seeking to be elected.

The Host had to start gearing the question over to the office she is a candidate for.

The Host even forgot about the office she is running for and that never happens.

The Host asked if Keenan knows the job of the SOS. Keenan responded that she knows paper.

The Host asked Keenan about her thoughts on the current SOS Barbara Cegavske. Keenan responded and said that she did not follow through with her judiciary duties.

The Host asked Keenan why is she running for a race in a crowded field with qualified candidates. Keenan responded with an answer that duplicated a lot of other candidates running for the same office going back several years.

The Host asked Keenan what makes her qualified to be an SOS. Keenan responded that she knows paper.

The Host asked Keenan one of the basic questions if she knows the budget or how many employees are employed by the SOS. Keenan didn’t know.

The Host asked Keenan what makes her qualified, Keenan responded that she is bilingual and there are four male candidates in the race. After we digest we realized that Keenan is on the MeToo Movement.

Sanson one of the Host said my 13-year-old daughter calls this Toxic Feminism. This was very well noted in the last election. Sanson was comparing it to the many surprises that took place on the Eighth Judicial District Court Bench.

Keenan is on social security running for a state-wide race!

Fiore for Governor says: “what doesn’t come out in the wash will come out in the rinse”!Tony Lane said, “the people will send me to Congress to Enforce the Constitution not to rewrite it”!