You are here: Home / Home - Featured / Father with no criminal record gets a “Lifetime Restraining Order” against his 3-year-old son!

Does a Judge’s Discretion give them the right to violate the law?

Veterans In Politics video internet talk show interviewed Jason D’Souza and Kash Jackson on how the courts steal children from their parents. 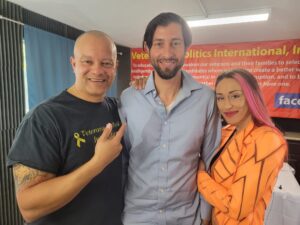 D’Souza went through the family court system in Orange County California and was given a lifetime restraining order to be within 100 yards from his son.

D’Souza is going on over 900 days of being alienated from his son. This is a “Civil Death” Sentence. D’Souza still has to pay child support.

D’Souza said he was given this death sentence because he spoke out against the family court corruption on social media and the judge said that his words are a weapon, this is a violation of D’Souza’s freedom of speech.

The Host asked D’Souza why didn’t he do a federal lawsuit against the State Of California Family Court System and the judge who rendered that order for violating his constitutional rights?

The Host asked D’Souza why didn’t he file a judicial disciplinary complaint against the judge?

The Host asked D’Souza why didn’t he file an appeal to the California Supreme Court against the judge’s order? 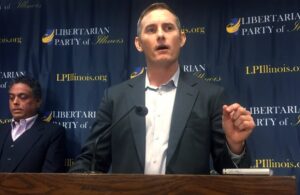 Jackson founder of Veteran Liberty Network a retired Navy veteran and former gubernatorial candidate for the Libertarian Pary in Illinois.

Jackson responded that a pro-se-litigant has no chance of winning against a seasoned attorney in family court, litigants are not educated in defending themselves.

Jackson explains how the appeal process works by saying litigants are financially devastated and emotionally and mentally crippled. You are struggling to keep your head above water, you’re losing your home, your credit is being decimated, you are buried in attorneys fees, and often you’re being cycled in and out of the local jails on false orders of protection any of several charges to put you on your heels on an upward fight. The courts violate your due-process rights on the onset and make it far more complex. Then the appeals court send it right back to the crocked judge to fix their violation of the law. Now the family court judge seeks revenge on you.

The Host suggests using a paralegal that the litigant would pay a fraction of the cost rather than hiring an attorney and using all of your legal resources to have a paper trail.

Jackson stated that judges have ex-parte communication and take the litigant’s attorney into their chambers leaving the opposing party who is a pro-se-litigant representing themselves in the hallway, this is another violation of the litigant’s constitutional rights.

Article 14 of the Constitution:

No State shall make or enforce any law which shall abridge the privileges or immunities of citizens of the United States; nor shall any State deprive any person of life, liberty, or property, without due process of law; nor deny to any person within its jurisdiction the equal protection of the laws.

Jackson said that he hasn’t spoken to his children in over 3 years and he has never done anything to his children to warrant this alienation. This would make any normal red-blooded American upset with the system!

The Host said that the court is in violation by using children as a sword to intimidate parents.

The family court system will beat you down so badly that it makes you powerless, lost, and enrage.

You should never give up trying to be in your minor children’s life, there is always a way!

Someone please contact Jason D’Souza and help him be in his son’s life…..

Stand up for your constitutional rights!

Please click on the link below to view this powerful and inspirational video:

Judge has his head up his “A$$” gives children unsupervised to Multiple Felons!Noah Malgeri running for Congress the tide is turning close the borders until we build the WALL!