You are here: Home / Home - Featured / Judge has his head up his “A$$” gives children unsupervised to Multiple Felons! 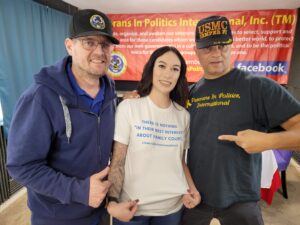 Larosee is in Family Court for her two sons, prides herself by being a victim advocate at UNLV.

Larosee said she has been in Family Court for three years now.

Larosee explains the hot and cold treatment with her ex-husband and continues by saying that her ex-husband was completely controlling even with sex.

Larosee explains an incident when her ex tosses her son who is almost 2 years old on the bed and turned up the television.  She continues by saying that she was shoved into the closet then her head was slammed against the wall with his hands on her neck. She was then shoved onto the ground while still being strangled.

Larosee explained that her ex-husband then forced his penis into her mouth and forced her to perform oral sex.

Larosee said she then went unconscious, when she regained consciousness she was laying on the floor gagging for air. The police weren’t called immediately.

Larosee said the trauma set in coupled with embarrassment.

Larosee finally went to the police and filed a criminal report, a rape kit was performed.

Larosee said that the police arrested her ex after reading her statement.

Her ex-husband took an Alford plea deal and pleaded guilty to:

An Alford plea in Nevada is when a defendant in a criminal case does not admit guilt but concedes there is sufficient evidence to find him/her guilty at trial. In short, it is a guilty plea that allows the defendant to maintain his/her innocence.

Everything was moving in the right direction until Family Court Judge Bryce Duckworth was reassigned to her case.

Now, the ex-husband is out of jail and took Larosee to court for custody and visitation and Bryce Duckworth decided to retract the last judges’ decision and gave the felon unsupervised overnight visits every other weekend from Thursday thru Sunday after he sees a counselor for four visits.

Whatever happened with Donna’s House?

Donna’s House Central provides supervised visitation and exchange services for custodial and non-custodial parents. Donna’s House Central provides a safe, neutral, and child-friendly environment for non-custodial parents to initiate, reunite, or continue in a relationship with their children. Visitation is provided in one-hour or two-hour blocks of time under the auspices of visitation supervisors. All activities are monitored, and reports are provided to the Court.

The host explained how family court judges are extremely inconsistent and will circumvent the law to fit their narrative. 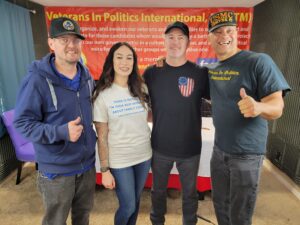 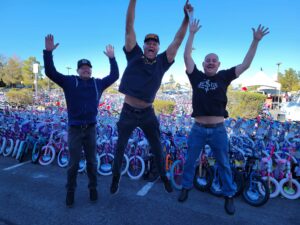 Ron Q. Quilang certified CPA takes AD21 by storm!Father with no criminal record gets a “Lifetime Restraining Order” against his 3-year-old son!

Bias and Attack on First Amendment Rights on Full Display!