You are here: Home / News / Noah Malgeri running for Congress the tide is turning close the borders until we build the WALL!
https://rumble.com/vs43t0-noah-malgeri-running-for-congress-the-tide-is-turning-close-the-borders-unt.html 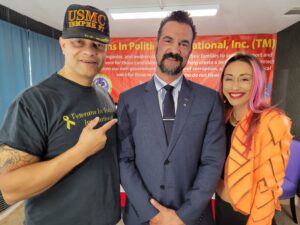 Malgeri was also an Engineer, Patent Attorney, and pro-Bono Attorney for the Legal Aid Center of Southern Nevada he helped with many criminal cases.

Malgeri helped generate the plans for the invasion of Iraq and he has been all over the world as an officer in the United States Army.

Malgeri served in Washington DC as a Patent Attorney.

Malgeri said he would stop printing money because the more we print the more our money losses its value.

Shut down the Border:

Malgeri said he would shut down the border until we can complete the wall. Malgeri added that we should federalize the National Guard soldiers under title 10. Malgeri continues to say he would only shut down the border for immigration activities and each person should apply for asylum in their country of origin.

Malgeri said Americans are treated harsher than illegal immigrants.  Malgeri said that American citizenship has become a second-class status. Because of all the freebies our country has been given to illegals. Malgeri continues to say the only benefit to being an American citizen is that you can vote and that system is corrupt right now.

Malgeri said we should wadge sovereign immunity against the Chinese government for the coronavirus outbreak.

Sovereign immunity is a doctrine precluding the institution of a suit against the sovereign [government] without its consent.

Malgeri speaks about the vaccine passport and said it’s unconstitutional and our constitution separates America from other countries.

Malgeri agrees that term limits should be imposed on congressional and senatorial seats, to adapt to the changing time’s fresh minds and ideas are needed.

The host asked how would you handle the prevention of veterans being incarcerated in both federal and state prisons? Malgeri responded by saying that when a veteran exits the military they should have a trained sponsored “battle buddy” for at least two weeks, fund the Veterans Administration, and increase facilities to help veterans who suffer from post-traumatic stress disorder.

Malgeri is extremely knowledgeable on current events, foreign policy, military knowledge, and national affairs. Malgeri communicates as if he is an incumbent. This was one of the most enlightening interviews I have had.

Please click on the link below to learn more: 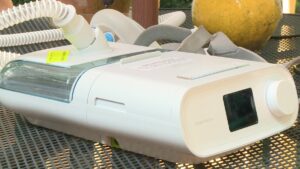 Veterans if you were given a Philips CPAP machine they are being ReCalled due to Cancer. The Veterans Administration won’t let you know about this, they told me in no uncertain terms it’s too much work to contact every Veteran!

You heard it correctly nobody wants to take the time to contact our military Veterans, nothing but finger pointed.

I, however, blame the Veterans Administration for not contacting our Veterans, they are the facilitator that gave us military Veterans the CPAP machines in the first place… and get this it can take up to one year for your new CPAP machine to arrive once you have registered it with Philips.

Here is the link and contact number to register your CPAP machine, and to find out if your machine is being ReCalled>

A lawsuit is in motion…

Father with no criminal record gets a “Lifetime Restraining Order” against his 3-year-old son!Transitioning from Military to Civilian Life Caitlin Turkovich!