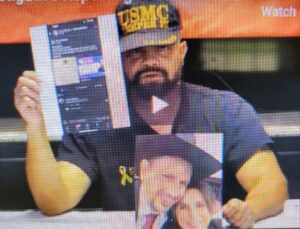 Steve Sanson host of Veterans In Politics Video Internet Talkshow and cohost Stephanie Phillips and Talisia Sandoval sat down to discuss the issues which Las Vegas Ward 2 Voters have the right to know. The character and mindset of a person elected into office should be a major concern for all voters. City Hall needs new leadership.

The thought was to give Seaman the chance to answer some very disturbing discoveries. They range from misappropriation of city time and resources to misbehavior while she was a Nevada State assemblywoman. As well as explaining the lawsuits she has filed against the city of Las Vegas and others.

Over the past winter Seaman had complained about a website that was posting some alleged facts and troubling incidents. During this time she said that her opponents as well as other elected officials had developed this website. We now have court documents that show she has known who developed the website since September of 2021 and it was none of the above.

The questions that were asked during the investigative report on Veterans In Politics still remain unanswered. This is puzzling conduct from an elected official. How can we trust an elected official that is not transparent and that appears to have been hiding the facts?

We at Veterans In Politics have left the door open for Seaman to respond. We continue to hope for answers and transparency. We hope that she will respond and clear up any misunderstanding.

Additionally, her anger at the vetting process for our endorsement was surprising, as a 19-year-old college student asked questions that were never answered. Per the bI-Laws of Veterans In Politics International the questions she was asked during the endorsement process were solely developed by the panel members that conducted the interview and no one was allowed to review the question, not even staff.

We continue to leave the door open for any explanation should she choose to do so. We strive to report things in a fair and unbiased manner. It is with this thought we invite her to appear and tell her side

After you watch the video below you too will scratch your heads and hopefully do your research before you vote at the polls.

Please click on the links below to view each video.

Below is the investigation that was done on Victoria Seaman:

Below is the endorsement interview: 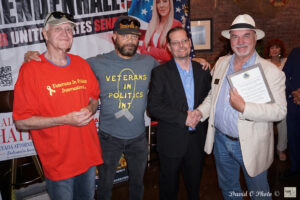