You are here: Home / Endorsement Interviews / Candidate for Nevada Governor, Joey Gilbert, is not conceding. Gilbert has filed a lawsuit contesting the election. 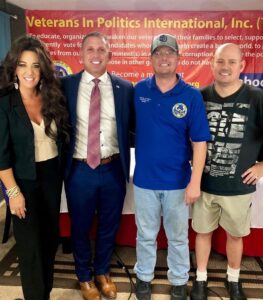 Nevada Primary elections took place on June 14, 2022, and Joe Lombardo was “declared” the winner in the Governor’s race.  Many across the state were shocked to hear this news after being at so many Joey Gilbert events and seeing the grassroots support he garnered, it seemed almost impossible he lost this primary election.

Lombardo was dubbed “No Show Joe” and “Basement Joe” during the months just before the Primary’s he was not seen very much on the campaign trail.  However, when he did show up at events he was not received well by Nevada’s GOP voting base.

At the NVGOP States Convention event, the party had ‘recommended’ Lombardo to be the endorsed candidate for Governor; however, when the delegates voted, they overwhelmingly voted to endorse Joey Gilbert.  At an event at Stoney’s where President Trump’s son, Don Jr., made an appearance and spoke in support of Lombardo, there were only 248 people who showed up and nearly half were Joey Gilbert fans.

Time and time again all over the state the conservative voters showed up for Gilbert, not Lombardo; however, somehow the votes went to Lombardo.

Joey Gilbert speaks of his incredible support all over the State.  There was incredible excitement at all his events and largely the conservative base supported his efforts throughout the campaign.

How could it be that Gilbert ‘lost’?

Well, he didn’t according to his legal and data teams.

Gilbert’s campaign has an overwhelming amount of evidence showing election laws and procedures were broken and not followed during the election from starting the counting of early ballots without any observation, and no chain of custody to faulty data reporting and no secrecy of the ballot as is required by Nevada Revised Statutes, little to no signature verification, no meaningful observation during the counting of ballots, the machines were connected to ‘mi-fi’ (which is internet access on the go), and so much more.

Gilbert’s campaign paid over $190,000 for a re-count and once that is certified, they will be able to file their lawsuit to contest this election.

Gilbert said he “will not quit and will not end this fight until we fix the elections in this state.”  Too many people believe their votes don’t matter and refuse to vote anymore.

We must fix this now and if we don’t free and fair elections will no longer exist.

In closing, Joey Gilbert says “he will be Governor of this State”, whether it’s now or in 2026, he is not giving up and he is NOT conceding!

Gilbert thanks all the people of the State of Nevada who supported him and who believed in him, he says thank you!

Please visit Gilbert’s website and donate any amount you can.

Gilbert has a huge fight on his hands, not only for his campaign but for ALL of Nevada’s voters. This is not about Gilbert.

Gilbert is not a sore loser as some have claimed within the party… this is about FREE AND FAIR ELECTIONS. Gilbert is doing this on behalf of all Nevadans.  We must fix the election process or we don’t have a Country.

Go to www.GilbertForGovernor.com  and please donate.  Thank you for your support. 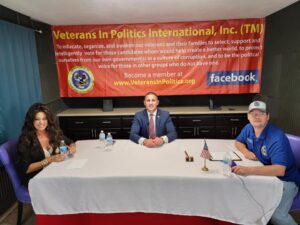