You are here: Home / Uncategorized / The Media Covered up the story on the Clark County Public Administrator’s Domestic Violence!

The Las Vegas Review-Journal and many other simple-minded media outlets in Clark County Nevada will hide news when they want to protect someone or go after people they don’t like. 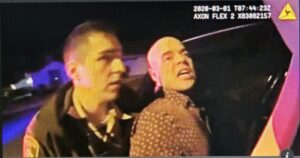 Maybe if the Las Vegas Review-Journal and others reported that Robert Tellis the Clark County Public Administrator committed Domestic Violence when it happened two years ago, Jeff German would be alive today.

Now they want to talk about it, after the death of a journalist.

Media Outlets need to stop being so dam biased and start reporting the dam news, PERIOD!

Stop allowing money and influence to hide the news, people should have known about this public official two years ago, but your media outlets covered it up or failed to report it.

The same way they allowed Clark County District Court Judge Family Division Matthew Harter to get away with PURJERY< BANKRUPTCY FRAUD< AND MORTGAGE FRAUD after we sent them evidence of the entire fraud.

The media allows politicians to use them as a bargaining chip. This is disgusting on so many levels!

Start reporting the news and stop being Hollywood!

Las Vegas Dem accused of killing journalist said in 2020 arrest wife acted like he was going to ‘kill’ her (msn.com)

Should the mental health of a Judicial Candidate be a concern for a District Court Judge?Judge Ellie Roohani and Jessica Goodey Endorsed by Veterans In Politics International