You are here: Home / Uncategorized / Another Clark County Office suffers from a hostile work environment coverup! 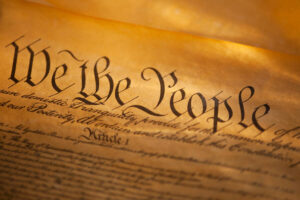 Many people didn’t know what a Clark County Public Administrator’s office contributes to the community until the death of a journalist.

Many grievances were filed about this office and many took a backseat approach until the death of a journalist.

Now we have another Clark County Office that is already in the backseat and no one pays attention to what’s going on.

This is very important about the hostile work environment at the Clark County Treasurer’s Office.

The current Treasurer Laura Fitzpatrick who has been elected to this seat for the past eight years has been missing from the office for the last three years.

Placing J.” Ken” Diaz Assistant Treasurer in charge of the Treasurer’s Office is a huge mistake.

Once Diaz was in charge, the hostile work environment started from harassment, intimidation, bullying, and refusal to pay Latinos their bilingual pay for years.

Assistant Treasurer Diaz has an Executive Assistant and a Manager that help  Diaz create and maintain a hostile work environment.

Many of the Treasurer’s office employees have filed grievances and/or complaints with Clark County Human Resources and the Office of Diversity.

Once the grievance and/or complaint is filed against Diaz, he is notified right away. Most of the complaints run out of time and have to be re-filed again and again.

Diaz and his two staffers spread rumors and leaked employees’ personal lives to drum up the scandal and make it difficult for anyone to come to work. Very few employees will talk to Diaz, his executive assistant, or his manager because of this.

The Latinos in the office have not been paid in years for bilingual services per their contract. Diaz has no reason to violate their contract by not paying them the contractual amount that is indicated in their contract.

Many employees have either quit, filled grievances, stay silent, or transferred to other Clark County Departments just to get away from the hostile work environment.

Many employees are scared to say anything about the hostile work environment to Diaz or Human Resources because of fear of losing their jobs or it will fall on deaf ears.

There is a huge cover-up going on in the Clark County Treasurer’s Office with Diaz covering for the current Treasurer who has hardly stepped foot in the office for three years.

The cover-up continues with Diaz, Human Resources, and the Unions that represent the employees when a grievance is filed.

Human Resources contacts Diaz immediately as soon as the grievance is filed and the same Unions are endorsing Diaz’s candidacy for Clark County Treasurer. This is a huge conflict of interest.

How can a Union, that supposedly represents the employees against Diaz during a grievance and at the same time endorse and support his candidacy while he’s running for Clark County Treasurer?

It is sad that the Review-Journal, Unions, & Clark County Government have been aware of this huge problem at the Clark County Treasurer’s Office and refuses to bring it to the public attention.

We demand a full & complete investigation!

City Council Race turns up the heat as more information surfaces!A judicial candidate changes her name to trick voters to become a Judge!